This Friday will see a huge Box Office clash happening between not one, not two but four Bollywood movies that are releasing on 25th September and those would be Kis Kisko Pyaar Karoon, Calendar Girls, Bhaag Johnny and Timeout.

The last mentioned movie Timeout consists of newcomers and will probably not grab that much attention amidst huge films like Kapil Sharma's debut, Madhur Bhandarkar back with a passionate film and Kunal Khemu trying to make a comeback.

Again among these three movies Calendar Girls and Kis Kisko Pyaar Karoon will probably take front seat since Kunal's Bhaag Johnny is a delayed project that is seeing the light of day now! While the trailer does make it seem interesting, poor promotions have not spread awareness of the film's existence. 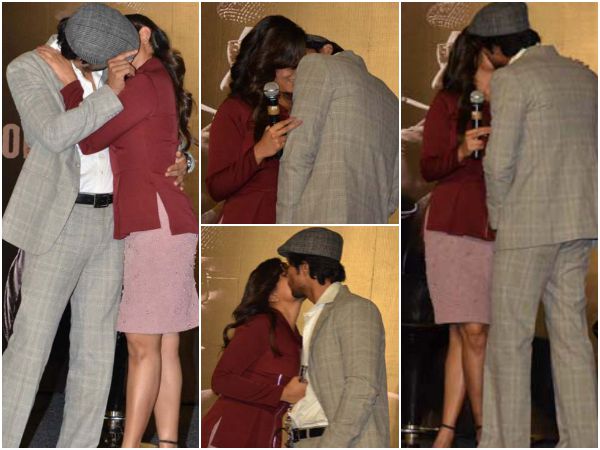 Now coming to KKPK, Kapil Sharma, the man who took the TV world by storm with his comic antics is the highlight of this movie. Huge number of fans will rush to the theater to see their comedy king debut, plus directors Abbas-Mastan will be making their debut in comedy genre as well in their 30 long year career. So lot of interest has been invoked in this movie by it's makers.

Calendar Girls too has five actresses making their debut, but more than them, it is Madhur's direction that people are looking forward too. After his realistic movies like Jail, Traffic, Page 3, Fashion, Heroine etc it is only obvious to expect great work from him in this upcoming flick as well. With a budget of just 9 crores, the film will easily recover it's making cost!

See what director Taran Adarsh has to say about Kis Kisko Pyaar Karoon...

Taran wrote, "It's all about ENTERTAINMENT these days and Venus and Abbas-Mustan's #KisKiskoPyaarKaroon ENTERTAINS you thoroughly."

Taran wrote, "#KisKiskoPyaarKaroon has a quirky plot and the proceedings are equally hilarious, laced with funny situations and enjoyable one-liners."

Taran wrote, "#KisKiskoPyaarKaroon marks the big screen debut of Kapil Sharma and must add, he's supremely confident, carrying the film on his shoulders."

Laughter is the best medicine, they say and #KisKiskoPyaarKaroon offers laughter in generous doses, with an emotional finale. Thumbs Up!

There is apparently a character inspired by Shilpa Shetty's real life. We are not sure if is true though.

Apart from having 3 on-screen wives in the movie, Kapil will be seen romancing his girlfriend played by Elli Avram.

The actors are seen posing with the directors of the movie Abbas Mastan and producer Ratan Jain.

Kunal Khemu's delayed project is also releasing on the same day, which may prove to be tough on it.

Timeout is a movie that has not been promoted at all and is suddenly releasing along with these big movies which will not enable it to run in theaters at all.