After a dismal opening on Friday, Dharmendra-Sunny Deol-Bobby Deol's Yamla Pagla Deewana Phir Se failed to impress on Day 2 as well. If reports are to be believed then the film saw a slight increase in numbers on Day 2 and minted an estimated amount of Rs. 3.10 crores.

Along with Stree, this week also saw the release of Yamla Pagla Deewana Phir Se, bringing back the trio - Dharmendra, Sunny Deol and Bobby Deol - on the silver screen. But unlike the horror-comedy, this Deol outing has failed to strike a chord with the audience. At least, the box office numbers say so. The laughter-riot's opening box office collection is less than that of Stree. Also, the film failed to impress the critics as well who gave it a thumbs down for its sloppy writing and weak direction.

As per early estimates, Yamla Pagla Deewana Phir Se got an opening collection of Rs. 1.82 crores according to a report in Bollywood Hungama.

Earlier, trade analyst Girish Johar had predicted that the film might earn Rs 4.5 crore on the opening day. An Indian express report had quoted him as saying, "The audience in smaller towns are excited to see the Deols in the same frame and the North region including Punjab has more takers for the movie. With its wider appeal, Yamla Pagla Deewana Phir Se is expected to do a business of about Rs 4-4.5 crore. Though the songs haven't created much noise about the movie, the cameos by Shatrughan Sinha, Rekha and Salman Khan adds value to the comedy caper." 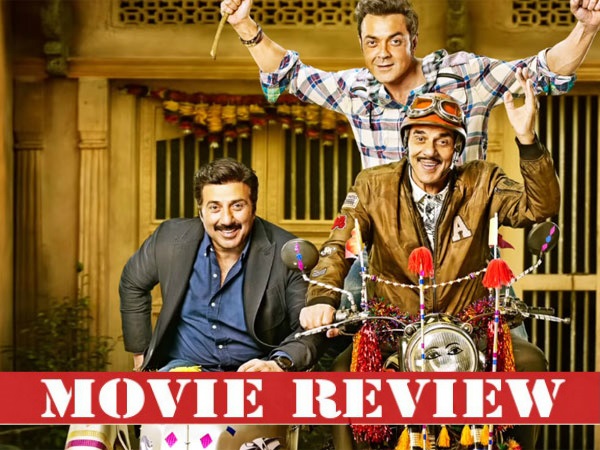 Speaking about sharing screen space with his father Dharmendra in Yamla Pagla Deewana Phir Se, Bobby Deol told a leading daily, "It was difficult when I was facing him for the first time in Apne. Sensing my nervousness, my dad called me and said that there is nothing much to think and whatever needs to be done, ought to be done with complete dedication. That really worked for me. At the end of the day, he is my father and when we are working in films, we are not relatives."