This week, Kangana Ranaut- Rajkummar Rao's 'Judgemental Hai Kya' is slated to lock horns with Kriti Sanon-Diljit Dosanjh-Varun Sharma starrer 'Arjun Patiala'. Speaking about Judgemental Hai Kya, the box office expectations are quite high from this quirky film as it stars two of the best talents of Bollywood- Kangana Ranaut and Rajkummar Rao. On the other hand, 'Arjun Patiala' is a cop-comedy which promises lots of laughs.

Meanwhile, here's how both the films are expected to fare at the box office on Day 1.

According to trade analysts, this Kangana Ranaut-Rajkummar Rao starrer is expected to mint around Rs 6-8 crore on its first day of release. Trade analyst Sumit Kadel tweeted, "Judgementall Hai Kya booking has begun across India. High expectations from this Kangana & @Rajkummar Rao starrer." Also, the film has been receiving some rave reviews from the special screenings.

In an interview with ANI, the actor was quoted as saying, "It was fun to do a character like this, though a lot of challenges were involved in filming it. I think it's fun to portray a character when you have in mind how you will do it and trust me I had this thought coming to my mind every day on the sets of the film." He further added, "It's pretty tough as I have never done a character like this. So I pushed all my limits and accepted each challenge of portraying the character. I was enjoying each bit of playing a mad and funny character like this."

Early reports suggest that this Diljit Dosanjh-Kriti Sanon-Varun Sharma film is estimated to collect around Rs 2 crore on its opening day and it is expected to pick up business with positive word-of-mouth if the reviews are in its favour.

Arjun Patiala is expected to mint huge numbers in Punjab as Diljit Dosanjh enjoys a massive fan-following there. In fact, around 50 per cent of the box office contribution is being expected from the northern belt.

Judgemental Hai Kya or Arjun Patiala- which film will have an upper hand at the box office? It looks like we will have to wait for the first day box office collections. 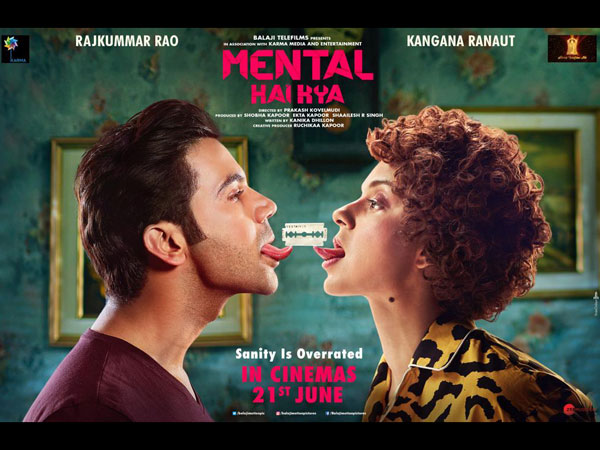