Despite striking thunder at the box office on its first day, the period drama, Kalank, has failed to maintain the same collection on its third day i.e., Friday and the film has witnessed a major drop, as compared to Wednesday. The film, which is directed by Abhishek Verman and casts stars like Alia Bhatt, Varun Dhawan, Sanjay Dutt, Madhuri Dixit, Aditya Roy Kapur and Sonakshi Sinha in the lead roles, would have collected approximately Rs 12-14 crore on its third day. (We will update the offcial number soon). The film got majorly trolled by the netizens and the critics also criticized the movie and called it a 'disaster'.

Speaking of Kalank, Varun was recently quoted as saying, "My last two films had really small budgets and the reach was bigger... There was no pressure of them doing well that much in monetary terms. In this film there is commercial pressure. This is a film for which I had prepared a lot ... So I am more on the edge."

'Fear Of Failure Makes Me Anxious'

"A lot of eyeballs are there on this film because it is an ensemble and all this attention is making me anxious. Everyone is going to watch and and all I wanted to do is be good in it. Fear of failure makes me anxious," said Varun.

Varun On Prepping For Kalank

"For me, preparation is very important. But with this, Abhishek didn't let me prepare too much. He doesn't like that. I am playing a blacksmith in the film... So I knew I had to work on my body... But when I came on the set, he asked me to get the look in my eyes which shows I am in 1940s. He is a very fine director," told Varun to a media agency.

Every film, Varun said, is like a baby and as an actor, one feels responsible for its well-being but there is life beyond the box office. The actor said he feels secure because he has people to fall back upon. 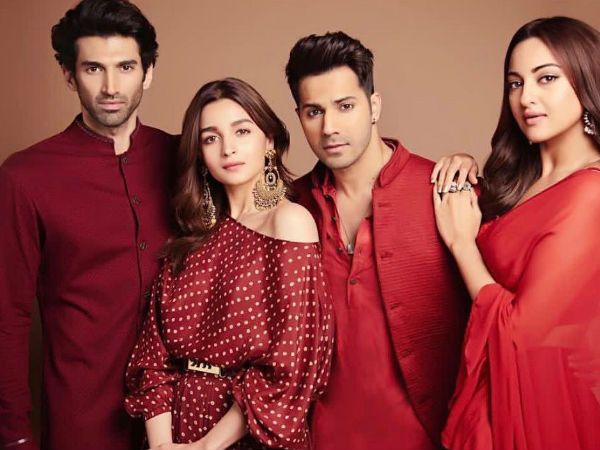 Kalank's REAL BUDGET Is Out & It Will Leave You Shell-shocked