While the former revolves around the Battle Of Saragarh of 1897 the latter is an action-comedy about a boy who feels no pain. Both the films belong to different genres and look promising. Meanwhile, here's what the trade analysts have to say about the opening box office collection of both the films-

According to trade analyst Girish Johar, Akshay Kumar's Kesari is expected to mint a mammoth opening of Rs 25 crore at the box office.

"Kesari is one of the costliest films of Akshay Kumar. From the trailer, it looks like a big screen extravaganza. It is coming on Holi which is a festive holiday and it will surely light up the screens. Whatever we have seen in terms of promotion, the scale of the film is quite big," said Johar to Indian Express.

"Everyone is looking forward to watching it on the 70mm screen. It has ticked all the boxes.

They are targeting more than 3500 screens across the country and also it is an extended weekend. So, it will definitely have a great opening. I peg it at Rs 25 crore. It has all the makings of Akshay Kumar's highest holiday opener."

Kesari Is Expected To Have A Smooth Sail

Girish Johar further added, "Akshay Kumar coming to action after a long time has left everyone excited. Karan Johar has joined hands for a story which has never been told and resonates with the Indian audience.

It is going to find easy takers and is set up for a great start. Anurag Singh has given a massive hit Punjab 1984 in Punjabi cinema. Kesari has similar sensibilities so I am expecting a smooth start for it."

"The audience is looking forward to watching new content as last week there was no big release. This gap will also help Kesari. It is a mass entertainer just like Simmba which will serve the hardcore action loving commercial audience."

On the other hand, after winning accolades and awards at many film festivals, Mard Ko Dard Nahi Hota is getting a theatrical release and is expected to collect around Rs 1-2 crore on Day 1.

The Film's Concept Is Being Liked By The Youth

An Indian Express report quoted Girish Johar as saying, "Mard Ko Dard Nahi Hota has shaped up quite well. Youngsters are relating to the trailer very well. The concept is being liked. It is being looked at as a tight release targeting only the youth. It is a specific targeted release, definitely not as wide as its counterpart Kesari."

"The promos, as well as early reviews, have set a specific target audience for this film. People are also looking at it as the desi version of Deadpool. It may earn something between Rs 1-2 crore," added Girish.

Girish Johar said, "The first choice will be Kesari even if it is not that good." 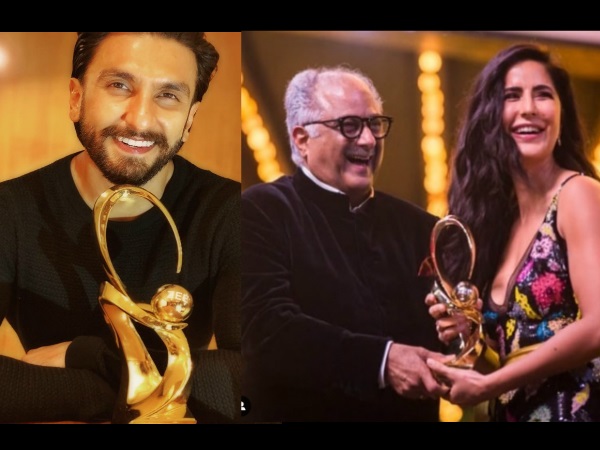