After the disastrous 'Kalank', Sonakshi Sinha will be back on the big screen with Shilpi Dasgupta's 'Khandaani Shafakhana', which is slated to release this Friday. The film also stars Varun Sharma and marks the acting debut of rapper-singer Badshah. Speaking about the film, the actress recently told The New Indian Express, "This is the first time I've done a socially-relevant film. It raises questions about sexual health and why people shy away from discussing it. We've also addressed gender equality. No one bats an eye at a male gynecologist. But when a girl, wants to run a fertility clinic, people have a problem."

Meanwhile, here's how the movie is expected to fare at the box office on its first day of release.

There Isn't Much Buzz Around The Sonakshi Sinha Starrer

According to a report in Bollywood Hungama, 'The film hasn't really seen much of a hype or buzz around it. The topic is taboo, which is fine as long as the promo works and the excitement is there at least amongst the target audience'

The Business Will Depend On The Content Of The Film

The report further stated, 'Sonakshi Sinha does come with certain credibility and that means one can expect something special in the film. However it would all be known once the film hits the screens and the actual content is out.'

As per trade analysts, the movie is expected to collect around Rs 1-2 crore on its opening day. Thereafter, the business will totally depend on the word-of-mouth.

"The conversation with peers happened very early in life. It's a natural part of your growing up years in school and college. You become aware of a lot of things because of those open conversations that you have with them. But I've never had a conversation around sex with my parents. It just never happened. Trust me, I'm not the only one. There's a large population of this country that has not spoken to their parents openly about sex because the subject has a strange awkwardness attached to it. That's why people seek information outside, when it should be given to them at home. I hope when my parents see this film, they can have that chat with me and then, we will break that wall (laughs!). Only thing is that it's a few years too late, no?" Sonakshi had earlier stated in an interview. 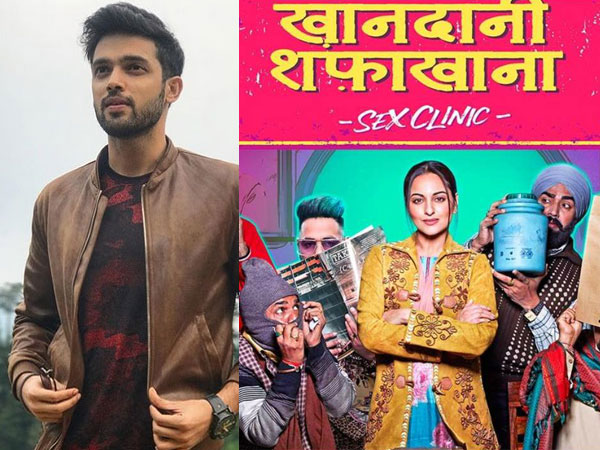