Off late, Sonakshi Sinha has been steering clear of conventional heroine mould and experienting with her roles. After 'Akira' and 'Ittefaq', the actress recently took up 'Khandaani Shafakhana' where she plays a girl who runs a sex clinic.

However, the film which released on Friday, had an unimpressive start at the box office. Going by the early estimates, Sonakshi's experimentation with her roles has failed to translate into box office numbers as it collected just Rs 1 crore on its day of release.

Speaking about the film, the actress earlier was quoted as saying by an India Today report, "I shot the most difficult sequence of my career in this film, where I am shown advertising the clinic in a live market. So, I was on this cycle rickshaw and behind me was a huge banner, which had 'sex' written on it. I had to say the names of all the sex-related illnesses and I was really shy before doing it. Shilpi (Dasgupta, the director) gave me the confidence to do it. That's precisely what the film talks about, that there should be no hesitation in the first place, even if I have to talk about it in front of 1,000 people."

She also revealed that she was skeptical about taking up the project because of its unusual subject, but after reading the script and getting her mother's approval, she got ready to do it.

Sonakshi was quoted as saying, "'A girl inherits her mama ji's sex clinic.' When I heard this, my first reaction was why have these people come to me with such a film? Don't they know I only do family films?"

"After I heard the script, I realised I had to do this film because it is such a relevant subject. It touches upon so many topics that people should be talking about but they don't. Once my mother read the script, she loved it. When you get your mother's approval on such a subject, which can be dicey, you are relieved," she further added. 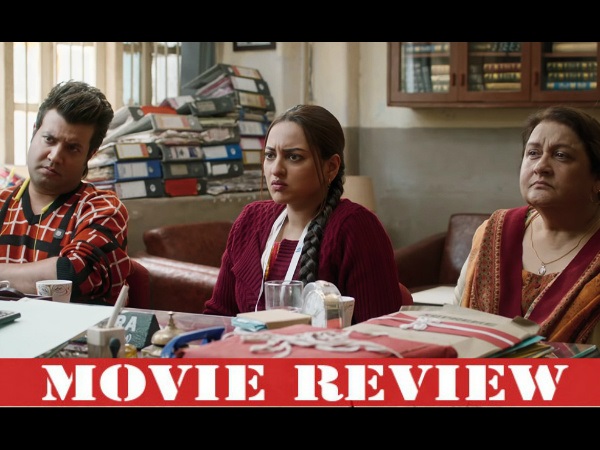