Vivek Oberoi's latest release, PM Narendra Modi began its journey at the box office on a slow note on Day as it collected Rs. 2.88 crore. But the film soon picked up pace and minted Rs. 3.56 crore on Saturday and Rs. 5.12 crore. The total three-day box office collection now stands at Rs. 11.76 crore.

The film fared better than the other release- Arjun Kapoor's India's Most Wanted which raked in a total three-day collection of Rs. 8.66 crore. Interestingly, both the Bollywood films struggled to perform in front of Hollywood film 'Aladdin' which collected Rs. 18.50 crore in three days.

Here's How This Vivek Oberoi Starrer Fared In Three Days

By collecting a total of Rs. 11. 76 crore in three days, the film raced ahead of Arjun Kapoor's India's Most Wanted which too released on the same day as this Vivek Oberoi starrer and minted Rs. 8.66 crore over the weekend.

Everything Happens For The Best: Omung Kumar

The biopic was supposed to hit the theatrical screens earlier. However the release date got pushed ahead because of the Lok Sabha.

In an exclusive interview with Filmibeat when director Omung Kumar was asked if he was hurt by that, he said, "Initially, we reacted quite badly because nahi hona chahiye tha. One day before you can't ban a film so it was a shocker to us. We were hurt at the time. But maybe everything happens for best. Now, things have fallen in place.

Did Modi's Real Life Win In The Elections Help The Film?

Omung told HT, "I hope so. Planning to make the film earlier and releasing it during the election season was supposed to be a high point for us, not depending on any victory. But it was postponed. Maybe everything happens for the best.

We had planned that if he (PM Modi) comes back to power on May 23 and his victory is big enough, it will help us after all. The whole of India is in celebratory mood, maybe that is going to help us."

Omung Kumar On Why He Made A Biopic On Modi

"It's an inspiring story. If someone said fifty years ago that this child is going to become the prime minister of the country after turning 60, its unbelievable. How did it happen and who is this person, that inspired me. He became the prime minister of India. And the world is taking notice because this has never happened before.

And right now with the second thumping victory that he's got, it's unbelievable. There is something about this man and that is I wanted to show in my film. I like zero-to-hero films and that is what it is." 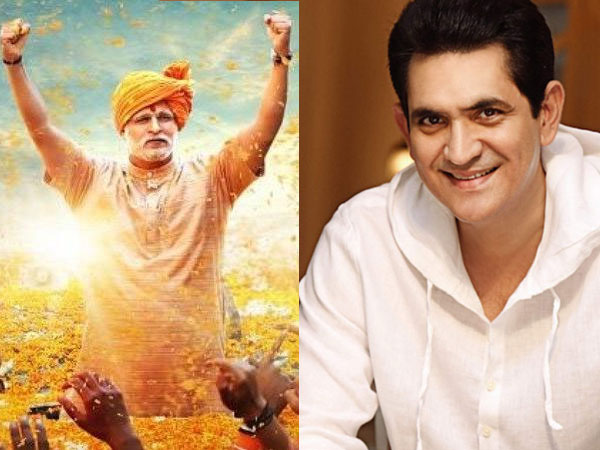 Exclusive! PM Narendra Modi Director Omung Kumar Says He Was Hurt When The Film Got Banned