Priyanka Chopra made her comeback in Bollywood after four years with Shonali Bose's latest release, 'The Sky Is Pink' which also stars Farhan Akhtar, Zaira Wasim and Rohit Saraf. The film is based on the real-life story of late Aisha Chaudhary who became a motivational speaker after being diagnosed with a life-threatening disease called pulmonary fibrosis.

Despite glowing reviews from the critics, the Priyanka-Farhan starrer began on a dull note by just earning Rs 2.50 crore on Day 1. Early estimates suggest that the second-day box office collections are expected to be around Rs 4-5 crore.

Speaking about why she chose to take up this film, Priyanka recently told the Indian Express, "I had finished working on the third season of Quantico. Playing Alex Parrish had become easy. I was looking for something to challenge me. After I finished reading the script, I sat quietly for about an hour. I thought about life, loss, and laughter. I was moved by it and that's what you want."

She also spoke about how she prepped for the role and revealed, "I did a lot of prep before the filming, including meeting the woman on whose life the story is based. I am not a mother. I can claim to empathise but not understand what it feels like to lose a child. So I depended a lot on Shonali Bose (the director), who has also lost a child."

'The Sky Is Pink' is facing some stiff competition from Hrithik Roshan-Tiger Shroff's high-octane action thriller, 'War' which continues to have a successful run at the theatrical screens. The Siddharth Anand directorial has already minted Rs. 235.60 crore in its second week of release and is expected to dominate the box office until Akshay Kumar's 'Housefull 4' hits the big screens on October 25, 2019. 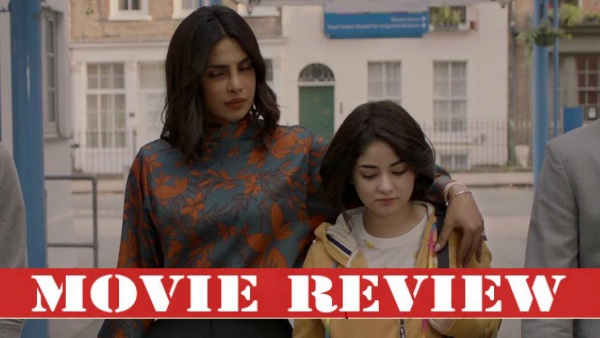 The Sky Is Pink Movie Review: Priyanka Chopra Leaves You Misty-eyed With Her Heartfelt Performance!