Siddharth Anand's latest release, 'War' starring Hrithik Roshan and Tiger Shroff is having a happy run at the box office. The high-octane action-thriller had a bumper opening of Rs. 51.35 crore on Wednesday (October 2, 2019). This was followed by a routine drop as it collected Rs. 23.10 crore on Thursday, taking the total two-day box office collections to Rs. 74.70 crore.

With the humongous response that the film has been receiving, the makers have increased the number of theatrical screens for this Hrithik-Tiger starrer. Trade analyst Taran Adarsh tweeted, "War 150-200 screens will be added from today [Fri]."

'War' set a new benchmark as it registered the biggest opening in the history of Hindi cinema and also turned out to be Hrithik and Tiger's biggest opener till date.

Siddharth Anand Is Happy With The Response To The Film

At the film's success event, the director said, "I'm not on Twitter but the reactions that I'm getting from people are unprecedented. It's a new thing for me because I make commercial films and such movies usually get (a) mixed response not just in India but around the world. Michael Bay (Transformers) who is one of the biggest directors in Hollywood also gets mixed reactions for his films but they do amazing business at the box office. But here, even the reactions to the film (War) are good so it's a new feeling for me."

The actor thanked fans for showering the film with love and said at the event, "It is an incredible response to our hard work and I'm truly grateful to the audience for loving our film. When we decided to make War, we were clear that we were attempting to do something that has never been done in Indian cinema and we went all out to make it happen. So, it's hugely validating to see the fantastic response of the people enjoying our action entertainer in the theatres." 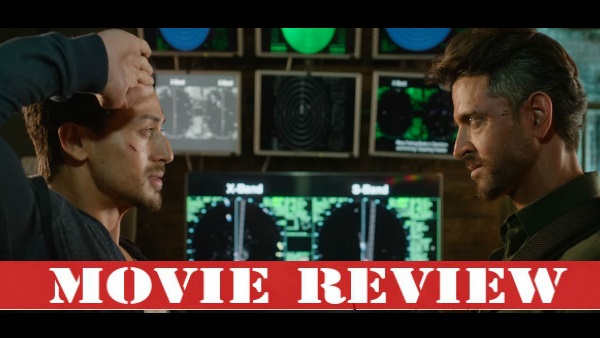