Chhapaak, starring Deepika Padukone and Vikrant Massey in the lead, has been in the theatres since its release on January 10. Since Deepika Padukone was gracing the big screen after a long hiatus, the buzz around the film was quite high before its release. Also because the actress has produced the film. The trailer of Chhapaak was also appreciated by most on social media.

However, Meghna Gulzar's much-awaited directorial venture landed in trouble after Deepika Padukone visited the Jawaharlal Nehru University (JNU) in Delhi on January 7 to show her solidarity with the protesting students and teachers. On January 5, the JNU campus was attacked by a masked mob, which created a stir not just in the capital city but the whole of India. After promoting Chhapaak in Delhi, Deepika Padukone paid a brief visit to JNU in the evening, and grabbed everyone's attention.

While many praised Deepika Padukone for her supportive gesture towards JNU, her film Chhapaak bore the brunt of her actions. On Twitter, #BoycottChhapaak and #BoycottDeepika started trending.

Nonetheless, Chhapaak opened to rave reviews from the critics on January 10. And though the movie didn't storm the box office, it has been minting money at a steady pace. Currently, a lot of reports are floating on social media about Chhapaak being a big flop at the box office. But that isn't entirely true.

Of course, the box office fate of Chhapaak may have been affected to an extent due to the negative publicity. But the makers haven't lost money unlike what is being said. We say so because Chhapaak has been made on a budget of Rs 35 crore and this amount has already been recovered by the makers through the sale of music and digital-satellite rights. Trade analyst Ramesh Bala affirmed that with his tweet, which read, "@deepikapadukone 's #Chhapaak P&L: Cost: Budget (Incl P&P) - ₹ 35 Crs Revenue: 1. Satellite & Digital - ₹ 23 Crs 2. Audio Rights - ₹ 3 Crs 3. Before Release - ₹ 26 Crs (1 + 2) India Nett - ₹ 35 Crs Overseas Gross - ₹ 15 Crs Theaterical Share + 3 > Budget HIT!" Take a look at his tweet.

Meghna Gulzar's latest offering Chhapaak is not a blockbuster but the movie isn't a complete disaster either. Deepika Padukone, who has co-produced the film along with Fox Star Studios, Govind Singh Sandhu and Meghna Gulzar, among others, plays the role of acid attack survivor Malti in Chhapaak. The movie is based on the real-life story of Laxmi Agarwal. 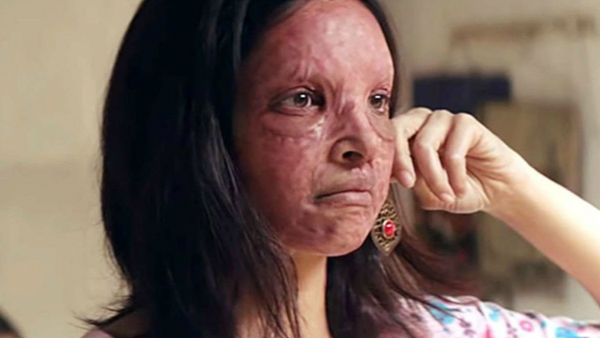