Varun Dhawan-Sara Ali Khan's upcoming film Coolie No.1 was slated to release in theatres this year. However, owing to the COVID-19 pandemic, the makers decided to go the digital way and now, the masala entertainer is slated to premiere on Christmas 2020 on Amazon Prime. Right from the trailer to the songs, the Varun Dhawan-Sara Ali Khan starrer is appealing to the masses, and many trade analysts and exhibitors believe that the comic caper deserved a theatrical release.

Recently, there were reports that there might be a hybrid release for this film i.e in theatres as well as on digital platform. However, the latest update we hear is that Coolie No.1 won't hit the theatrical screens and will be streaming only on Amazon Prime.

Talks Was Initiated Between The Makers And Amazon Prime

A Bollywood Hungama report quoted a source as saying, "The multiplexes were never in favour of a simultaneous release in OTT as well as in cinemas. However, the single screen cinema owners had no qualms with this arrangement. They believed that their target audience did not have access to the streaming giant and would be more than happy to see Coolie No.1 in cinemas. Hence, a discussion was initiated between the exhibitors, Varun Dhawan, director David Dhawan, producer Vashu Bhagnani, and Amazon Prime. Amazon heard out their request for a hybrid release and assured that they would come back with their answer."

The Possibility Of A Theatrical Release For Coolie No.1 Has Been Ruled Out

"But after a few days, the Amazon Prime team put their foot down and made it amply clear that they would want the film to be available exclusively on their platform. They had a justification behind this decision since the Amazon team had paid a decent sum for Coolie No. 1's OTT premiere. Therefore they were not in consensus for sharing the movie theatrically and hence, ruled out the possibility of its theatrical release. The makers tried to persuade them, however they didn't relent. Needless to say, the makers as well as the single screen owners are miffed and disappointed with this decision," the source told the entertainment portal.

Further, Bollywood Hungama quoted a trade expert as saying, "David ji makes films for the masses. For the longest time, he was against the idea of a digital release but later had to give in since the pandemic refused to die down. When the possibility of a release in theatres arose, I am sure he must have lapped it up. It would have been fun to catch this film on the big screen amidst seetis and teelis from the audiences."

Speaking about Coolie No.1, the film is a remake of Govinda-Karisma Kapoor's 1995 blockbuster film by the same name. The new version starring Varun Dhawan and Sara Ali Khan revolves around a businessman Rosario (Paresh Rawal) who wants his daughter (Sara Ali Khani) to wed a rich guy. When he insults Jai Kishen (Javed Jafferi), a match-maker, the latter decides to teach him a lesson by getting his daughter hitched to Raju Coolie (Varun Dhawan), who poses as a miilionaire Raja Kunwar Pratap Singh. 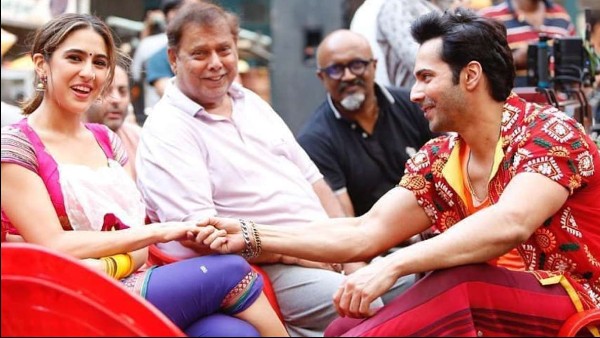 ALSO READ: Sara Ali Khan Recalls An Incident From Coolie No.1 Sets; 'David Dhawan Sir Was Angry At Varun; Vented At Me' 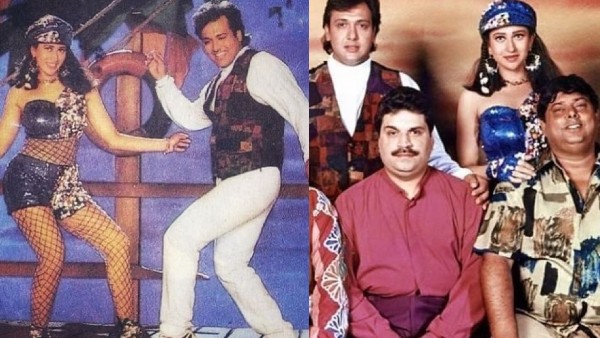