Ajay Devgn's latest release, Tanhaji: The Unsung Warrior, is having a gala time at the box office as the film manages to cross Rs 100 crore mark at the box office in just six days after opening countrywide on January 10.

The period action drama is directed by Om Raut and marks the 100th film of Ajay Devgn as an actor. Set in the 17th century, the movie is based on the life of Tanaji Malusare, the military leader of Maratha king Chhatrapati Shivaji Maharaj's army. Tanhaji played an instrumental role in taking back the strategic hill fortress of Kondhana from the Mughal Empire.

The film not only received positive response from the critics but from the audience too! Ajay thanked his fans via his Twitter page and wrote, "Thanks to each and everyone for making this happen! I'm humbled & grateful for all the love, support & appreciation for #TanhajiTheUnsungWarrior @itsKajolD #SaifAliKhan @omraut @itsBhushanKumar @SharadK7 @ADFFilms @TSeries @TanhajiFilm" 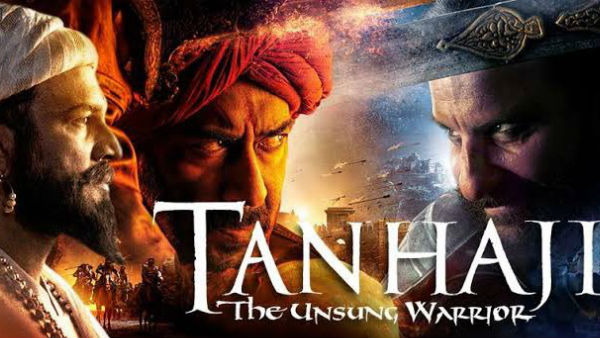 The film was released alongside Deepika Padukone's Chhapaak and despite the clash, the Ajay Devgn starrer managed to shine at the box office.