Alia Bhatt, is one of the sweetest actresses in Bollywood and everybody adores the young lady. She made an entry in Bollywood through the movie Student Of The Year, in 2012, starring alongside Varun Dhawan and Sidharth Malhotra. The movie was directed by Karan Johar, and went on to become a tremendous success at the box office.

The young and bubbly actress, Alia Bhatt, just faced a disaster in her previous movie, Shaandaar, starred alongside Shahid Kapoor. The movie turned out to be a major dud at the box office, and it was reported that the actress, went to Dubai just to stay away from all the negative vibes.

However, failures aside, Alia Bhatt, is currently shooting for her upcoming flick titled, Udta Punjab, starring Shahid Kapoor, Kareena Kapoor and Diljit Dosanjh. The movie is based on the drug abuse in Punjab province.

Alia Bhatt, is also having a dream run in Bollywood and would be seen in Gauri Shinde's next, starring alongside Shahrukh Khan. The actress, has already started shooting her solo scenes, and as soon as the Baadshah of Bollywood is free from his hectic schedule, he would join the sets and shoot the movie. 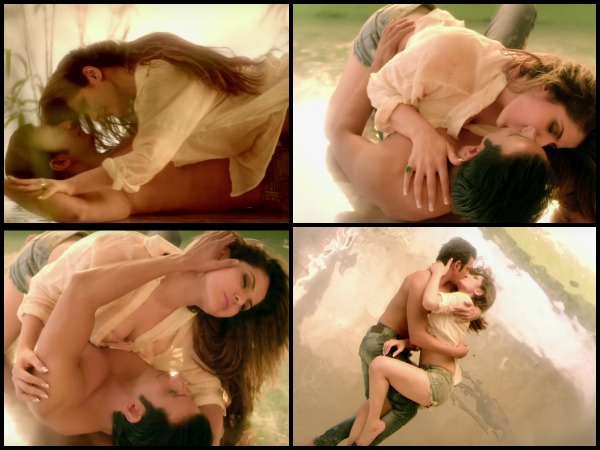 Oh No! Hate Story 3 To Be Heavily Censored Before Release?

Karan Johar, has been constantly pushing Alia Bhatt's career forward and would do the same in 2016. Karan, has casted Alia Bhatt for his upcoming flick titled, Kapoor & Sons. The movie, is a romantic comedy and also stars Sidharth Malhotra and Fawad Khan in the lead roles. It is also reported that Rishi Kapoor and Sanjay Dutt would be a part of Kapoor & Sons.

We're sure, after a bad run from Shaandaar, Alia Bhatt would come-out much stronger, and deliver back-to-back hits with her upcoming movies at the box office.

The young and bubbly Alia Bhatt is paragliding atop the snowy mountains. Alia captioned the picture on her Instagram as "Look I can fly #Paragliding"

Alia Bhatt, is very delighted holding a personalized IOHAWK board. Both Shahid Kapoor and Alia Bhatt, used the IOHAWK for the promotions of their movie, Shaandaar.

Alia Bhatt, takes a selfie wearing a cool and funky sunglasses. The colour, gold and grey shades, is rare and cannot be found everywhere.

Alia Bhatt, wears a Santa's hat along with her friend and poses for the camera. The background is surrounded by Christmas trees, lights and decors.

Alia Bhatt, posted a black and white filtered picture on her Instagram. The actress, is seen smiling her heart out and posing with her friend.

Alia Bhatt, takes a selfie along with her friend and look happy and content with life. The background is a swimming pool and looks like the two ladies are just chilling.

This has to be the happiest picture posted on Alia Bhatt's Instagram. All the four people in the picture seem to be enjoying their time with the actress.

Alia Bhatt, posts a picture having a good time with her friend at a pub. The actress is seen having a different hairdo and smiling for the camera.

Alia Bhatt, wears a beautiful black dress, and is all ready to attend the, Filmfare Glamour & Style Awards.

Alia Bhatt, is seen woking out at the gym and has captioned the picture as, "With my fav person in my fav place"