Sridevi turns 52 years old! While the actress has moved on from her controversial past and will be busy celebrating her birthday with hubby Boney Kapoor and kids, Jhanvi and Khushi, media still remembers it.

The actress who started her career in movies as a child artist in Tamil cinema went on to become a top actress in South India acting alongside Kamal Haasan, Rajinikanth and even Chiranjeevi. 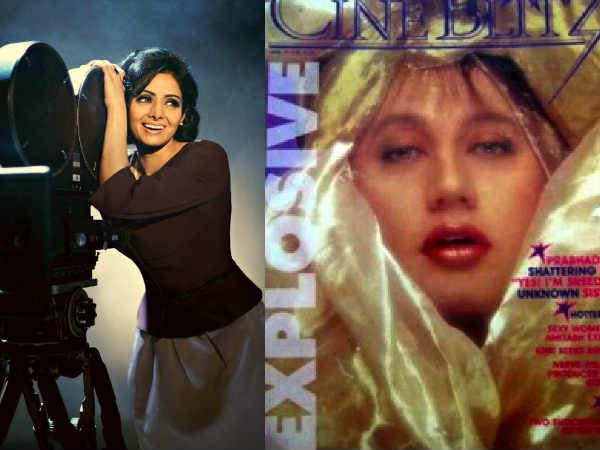 WAIT, WHAT! Anupam Kher Once Posed As Sridevi's Long-Lost Sister Prabhadevi For A Magazine Cover

Not just south, she even ruled the Bollywood film industry in 1980s and early 1990s with films like Mr India, Sadma, Lamhe and more.

Must See: Shahid Kapoor And Saif's "Jab They Met" Selfie

While people mostly remember her for creating problems in Boney's marriage and eventually marrying him, causing Arjun Kapoor to have a rather troubled childhood, most people have forgotten about her marriage to Mithun Chakraborty who was actually already married to Yogeeta.

The actress had come in between Mithun and his wife Yogeeta Bali, got married to him in 1985 and later got it annulled in 1988.

While there is no strong proof of it, there are several sources and reports which confirm this story. The actress's wikipedia account too states that she was married to Mithun for three years.

Let's read about their torrid affair and break up!

Mona Kapoor, Boney Kapoor's first wife, had revealed in an interview with Savvy magazine that Sridevi had tied a rakhi on Boney's wrist to prove her love to Mithun and state that there was nothing going on between Boney and her.

Sridevi's entry caused a small rift between Boney and Mithun! Since Mithun got to know about Boney's interest in Sridevi. This is when she tied rakhi to Boney. She posed a serious threat to Mithun's marriage as Sridevi and he started to get closer and closer.

In 1980's Dharmendra-Hema, Raj Babbar-Smita Patil broke the trend of loyal filmi families and started the trend of second marriages, at which point rumours started do rounds that Mithun had secretly got married to Sridevi.

It was also told that when Yogeeta got to know about Sridevi and Mithun's marriage, she allegedly attempted suicide. But Yogeeta told a leading daily, "I will accept it even if he takes on a second wife."

At this point Sridevi got to know that Mithun was not divorced like he claimed and was in fact still married to Yogeeta.

Sridevi allegedly got her marriage to Mithun annulled and broke up with him in 1988 since she got to know he would never hurt or leave Yogeeta.

Mithun went back to Yogeeta, things seemed to be back to normal when the wife gave birth to their third son, Namashi.

Soon stories about Sridevi's affair with married man Boney started to do the rounds. But the couple denied it and Sridevi captioned it as a gossip.

Sridevi got married and delivered her first daughter, Jhanvi before she could publicly announce her marriage to Boney. At this time, the couple revealed that they has got married a few months back, but kept it a secret.

Today, Sridevi has been accepted by the Boney Kapoor family and she leads a happy married life with him. They have two kids, Jhanvi and Khushi.

While speaking about Sridevi, Boney Kapoor said in an interview, "There is nothing that she can't do. As an actor her range is limitless. From comedy in Chalbaaz and Mr India to the mellow muted drama of Mom where she lifted a potentially routine story to sublime levels, she is according to me the best actress ever. And I take into consideration all the actresses from the past, present and future. I am pretty certain there won't be another Sridevi."

When asked what attracted him to Sridevi, he replied, "I was impressed from the start by the dignity with which she conducted herself. On the sets when she was shooting she would largely keep to herself. But she was never considered standoffish. There was always warmth towards her. What really endeared me to her was that she was down to earth. Success never went to her head. She was always grounded and continues to be. So commands respect spontaneously. When she enters a room people stand up for her reflexively."

Sridevi's sudden demise has come as a huge shock to not just to the film industry but also to her fans all across the globe. 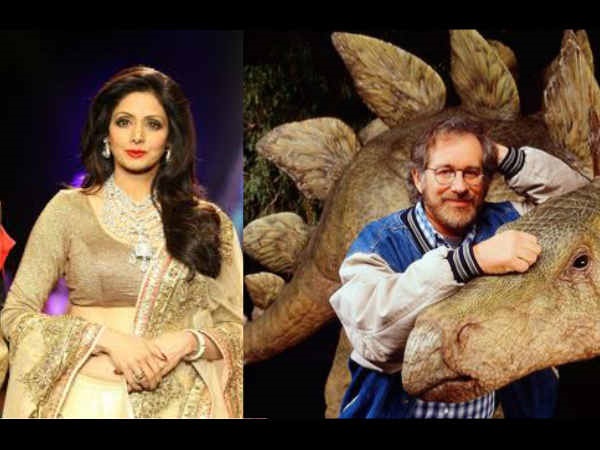