The sexy Lisa Haydon, played the role of Vijayalakshmi in the blockbuster film, Queen, and instantly became the centre of attraction for the way she successfully handeled the character of Kangana Ranaut's best friend in the movie.

Lisa Haydon, then went on to star in several other Bollywood movies, and is now a well known name in the country. Lisa, started off her career as a model and then went on to be an actress, as she had good looks, great personality and amazing acting skills.

The sensational Lisa Haydon, made an entry into Bollywood through the movie Aisha, which released in 2010. Aisha, was a flop and faded out of people's memory in a jiffy. The movie, had Sonam Kapoor playing the role of the lead actress. 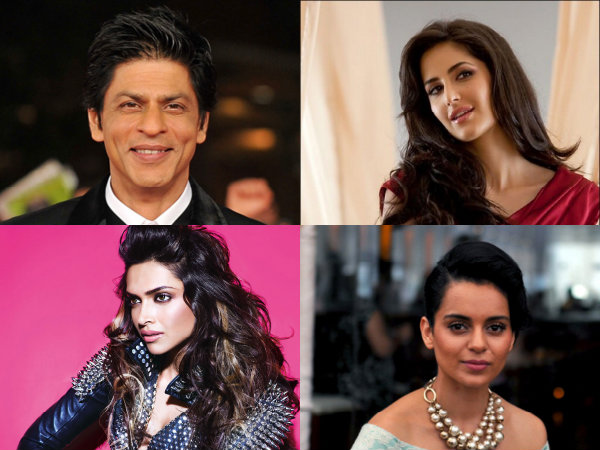 Deepika, Katrina Or Kangana; Who Is SRK's Next Heroine?

Lisa Haydon, is currently shooting for Sajid Nadiadwala's comedy flick, Housefull 3. The actress, was in London shooting along along with her co-stars such as Jacqueline Fernandez, Nargis Fakhri, Akshay Kumar, Abhishek Bachchan and Riteish Deshmukh.

Lisa Haydon, has also braced the cover page of top fashion magazines such as Vogue, Verve, FHM, Cosmopolitian, Marie Claire and many more. The actress, has been constant in updating her fashion portfolio and mesmerizes her Instagram followers through breathtaking pictures.

We have sorted out 10 mindblowing bikini pics of Lisa Haydon's Instagram. Click on the slides to check it out!

Lisa Haydon By The Pool

Lisa Haydon, is now a well known name in both modelling and film industry. The actress, has a great body that can leave anyone speechless.

Lisa Haydon On The Beach

Lisa Haydon, is seen showing the victory sign by the beach wearing a blue and black bikini. Instagram went ablaze after the actress posted this amazing picture.

Lisa Haydon, chilling out with her beautiful girlfriends on a sunny day. Lisa, has a lot of friends and is pictured mostly with friends on her Instagram.

Lisa Haydon, poses in a black bikini by the pool. Lisa, constantly updates her fashion portfolio and posts picstures on her Instagram quite regularly.

The leggy lass Lisa Haydon, walks on the sea shore after a fun time at the beach. The picture is almost like an eye candy of the month.

Lisa Haydon, waterboards along with her friend in the waters. The backdrop has a big cruise and Lisa looks confident and is seen enjoying the watersport bravely.

The beautiful Lisa Haydon, rides a bicycle on the sea shore and showcases her back. The actress, is seen in a bikini and a blue shorts.

Lisa Haydon, showcase the heart symbol across the backdrop of the sun setting on the beach. Everyone, would love to end their day this way for sure.

Lisa Haydon, splashes into the waters, and the picture is taken at a perfect timing when her half body is inside the waters and the other half out.

Lisa Haydon, walks right into the beach and enjoys the waves and the hot sun. The actress is seen in a silhouette enjoying the moment.