Shahrukh Khan is all set to woo his fans with his upcoming flick, Dilwale and guess what? We just got our hands on the pics of Dilwale team, filming the climax of Dilwale.

Currently, the shoot is going on in Hyderabad and these pictures are staright from there only. Speaking about the shoot, SRK said "A very gruelling schedule is coming to an end. We have been shooting for 40 days. And here, we are for the climactic schedule."

In the climax, one can easily guess that Varun Sharma & Chetna Pandey of 'I Don't Luv U' fame are getting married and other casts can be seen accompanying them. 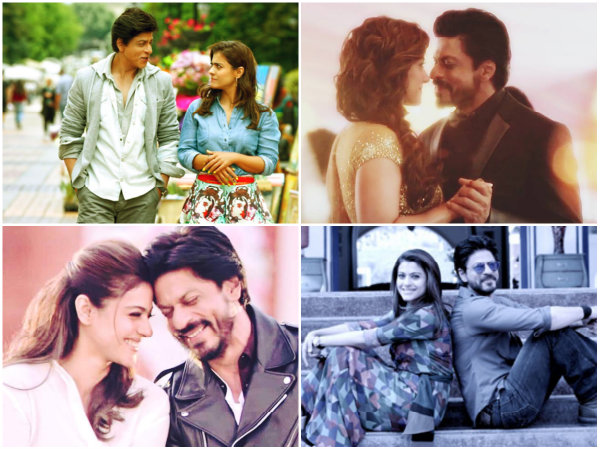 Whereas, actress Kajol, who is looking truly gorgeous in golden saree said, ""I am not sure whether I like the groom and the bride but...just trying to give them a culture shock!"

Slated to be released on December 18, 2015, Dilwale is already in tremendous buzz and we won't test your patience much. Check out the pictures here!

Shahrukh-Kajol's romantic dance sequence from Dilwale. No wonder why their chemistry sets fire on the screen!

Shahrukh Khan arriving on the sets of Dilwale, along with his bodyguard and we gotta say that SRK is looking too hawt!

Some of the sequences of the climax scene of Dilwale, in which Varun Sharma & Chetna Pandey are getting married.

And here comes the collage of candid shots of Kajol, taken on the sets of Dilwale. Isn't she looking damn beautiful?

Shahrukh Khan-Kriti Sanon's super-adorable dance sequence, which is just a treat to our eyes!

Varun Dhawan along with his co-star Chetna Pandey, spotted on the sets of Dilwale. Varun is looking dapper!

Seems like Shahrukh Khan is giving some cool 'gyan' to their young co-stars, while shooting for Dilwale.

Shahrukh Khan greeting his co-stars as well as his director, Rohit Shetty on the sets of Dilwale.

The only word which popped up in my mind, after seeing this pic was, Oh-so-hot!

Dilwale actress Chetna Pandey getting clicked on the sets of Dilwale.

Shahrukh Khan and Kajol seem exhausted, while shooting the climax sequence of their upcoming film, Dilwale.

The gorgeous diva, Kajol is all set to shoot her sequence for Dilwale.

Actor Boman Irani, posing for the picture on the sets of Dilwale, while sporting the bright yellow coloured outfit.