Shahrukh Khan & Kajol not working together, Is Ajay Devgn the reason behind ? | FilmiBeat

Shahrukh Khan's equation with Ajay Devgn has always created news, all thanks to their infamous cold war. Though Ajay's wife Kajol is one of SRK's closest friends, the actor always maintained a distance from King Khan. It was rumoured that Ajay was not too happy when DDLJ became a blockbuster as more than his relationship with Kajol, people were talking about his lady love's magical on-screen romance with Shahrukh.

Talking about the same, an insider had told a daily, "People were talking less about Kajol's relationship with Ajay and more about her friendship with SRK. All this took a toll on Ajay who felt sidelined.''

''He allegedly couldn't handle the pressure of everyone talking about the chemistry his competitor shared with the woman he was dating. He allegedly told her that she would have to stop working with Shahrukh."

When Shahrukh Khan Was Asked About The Same

"I wouldn't really know if Ajay has put any condition. If Kajol doesn't work with me because Ajay does not want her to, I will respect it.''

I Would Never Tell My Wife What To Do

''But I don't really think this has happened. It's quite strange. If Gauri was an actress, I wouldn't tell her whom to work with and who not to."

Did Kajol Reject A Film With Shahrukh Cos Of Ajay?

SRK had told the media, "There's this film by Abbas-Mustan in which I'd want Kajol to star opposite me. But she says she has no dates till September. If that doesn't happen, we won't be able to work with each other at least for the entire year. We vibe very well. She's what my kid sister would be like. I feel very comfortable with her."

A Few Years Back

When Kajol was asked about the cold vibes between her husband and her best friend, she had said, "If two people are not friends, that doesn't mean they are enemies. I have said this earlier also. Just because they don't party together and you don't see them clicking selfies, that doesn't mean that they hate each other or bad-mouth each other."

SRK Is My Friend

"Yes, Shahrukh is my friend and I have been very clear that my friends are mine and I have never imposed my friendships on Ajay and he has never done it either. We are both very clear about it. You need to give people that space.''

That Does Not Make Them Enemies

''There are people who you are close to, that I may not be close to and that does not make them enemies. Recently, they met each other in Bulgaria and they have met before also at our home.''

There Is No Discomfort But 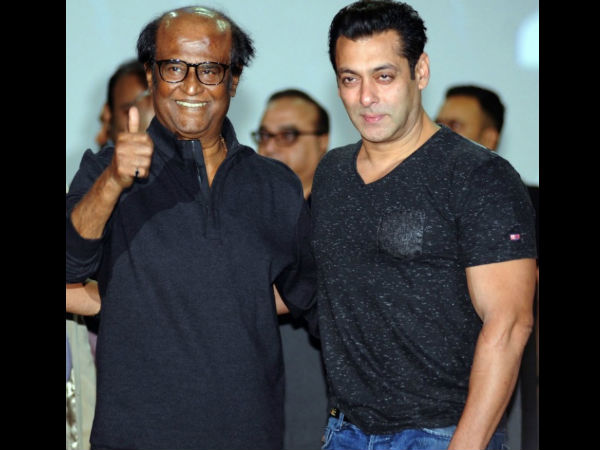 Also Read: Unlike Aamir Khan, Salman Khan Is NOT Scared Of Rajinikanth; All You Need To Know About Their Clash!