Kareena Kapoor Khan is known for her outspoken nature and the lady has made many explosive statements in the past. In today's Saturday special feature, we got our hands on an old interview of Kareena, in which she had talked about all the Khans (Shahrukh, Salman & Aamir) and you will be surprised to learn that back in those days, Bebo was not at all a Salman Khan fan and she had openly criticized the Superstar for his acting chops. Here's what she had told about Salman, while speaking to Umesh Jivnani.

Kareena Was All Praises For SRK

Kareena, first talked about Shahrukh Khan and said, "I'm totally in love with him. Don't even ask me about him because if I start I won't stop talking about him for hours. Amitabh Bachchan and Shahrukh are the only two actors I admire."

"There is something about Shahrukh that is amazing. He has that very boy next door appeal which makes every girl want to take him home to her parents. His performances touch me."

But Kareena Was Skeptical About Salman’s Work

While speaking about Salman Khan, Kareena was quoted as saying, "I'm not at all a Salman fan. I don't like him, he's a very bad actor. I tell him that he hams all the time."

"Aamir's good, I really liked him in Hum Hain Rahi Pyar Ke and QSQT, but out of the Khans, I'm a total Shahrukh fan."

Kareena On Being Compared To Karisma

"When people see me on screen they will realise that I'm totally unlike Karisma. We are poles apart as actresses. Even as individuals, we are totally different."

I Look Up To Actresses Like Nargis Ji & Meena Kumari

"My sister has struggled a lot, she's made it to the top entirely on her own. Her career path has been very strenuous. As for me, I look up to actresses like Nargisji and Meena Kumari and hope to bring back those times. And I feel there is no other heroine like that today."

Kareena was last seen in Rhea Kapoor's Veere Di Wedding alongside Sonam Kapoor, Swara Bhaskar and Shikha Talsania. She will be next seen in Takht and Good News. 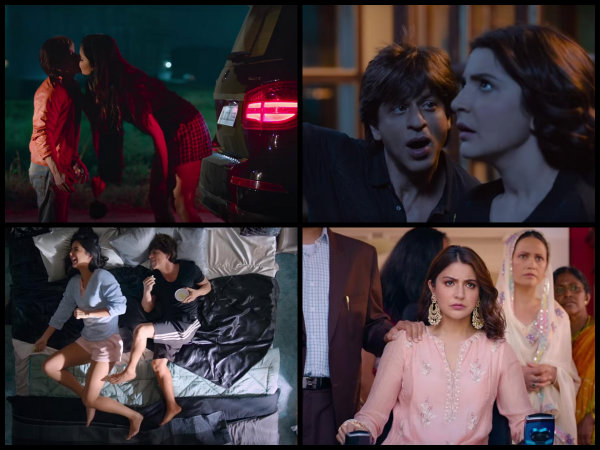 Zero Trailer Review: Find Out If It's YAY or NAY