Imran Khan-Avantika Malik's Marriage In Trouble Because Of Another Woman In His Life?
View Sample
For Quick Alerts
ALLOW NOTIFICATIONS
For Daily Alerts
Videos

Legendary singer Kishore Kumar preferred singing and music to studies during his student days and was very clear in the formative years of his life that he wanted to make a mark in the fledgling Hindi film industry. Kumar had an average academic record, as per documents available with the Indore Christian College (ICC), where he enrolled for intermediate in 1946.

He secured third division with just 326 marks out of 800 in high school examination (Class 10), according to the documents submitted to the ICC for admission. Kumar, born as Abhas Kumar Ganguly into a Bengali family in adjoining Khandwa district, did his high schooling from his hometown before moving to Indore for further studies.

He left his college education midway to land in Mumbai (then Bombay), where he went on to become not only a great singer, but also earned fame as an actor, lyricist, composer, producer, director and screenwriter. "A copy of his marksheet was found in a dusty file in the ICC's record room. We searched for it as it is related to memories connected with the great artist's school life," ICC history department professor Swaroop Vajpayee told PTI.

He said Kumar's father, Kunjilal Ganguly, admitted his son to the ICC to do intermediate after he matriculated in 1946 from Khandwa. Vajpayee said Kumar had cleared high school exam conducted by the then Nagpur-based Board of High School Education of Central Provinces and Berar in 1946 in Hindi medium, and his roll number was 4197. 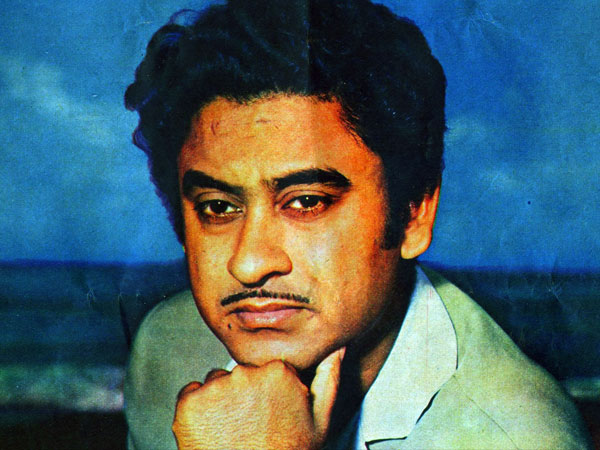 Kishore Kumar Birth Anniversary Special: 6 Songs That Are A Must-Have In Your Playlist

Vajpayee has gathered memories associated with the legendary artist from different sources and most of these are related to his stay in the ICC. He said Kumar had made up his mind about his career during his college days. He was an executive member of the college's cultural organisation, 'Bajm-e-Adab'.

"Once during a civic class, Kishore was caught thumping his desk as if he was playing tabla. The teacher asked him to focus on studies with suggestions that singing and music will not help him in any way in the future.

"With a broad smile, Kishore told his teacher politely that he will eke out a living by singing," Vajpayee said. Kumar often skipped classes to sing songs and practice his trademark yodelling under an 'imli' (tamarind) tree, he said.

The legendary singer along with his brother Anoop Kumar used to live in the college hostel, which is now in a state of ruin. The hostel had been abandoned two decades ago. His room had tablas, harmoniums and dholaks in abundance but very few books, the professor said.

Kumar studied in the ICC from 1946 to 1948 and moved to Mumbai, leaving his study midway, Vajpayee said.

"He owed panch rupaiya barah aana (Rs 5.75) to the canteen owner then," the professor said.

It is believed that famous song Panch Rupaiya Barah Aana, from 1958 film Chalti Ka Naam Gaadi, sung by Kumar and Lata Mangeshkar, has it genesis to the legend's indebtedness.