Give her any role and she hits it straight out of the park for a six! She can be chirpy, effervescent at a moment and then voila, transform into dramatic the next. Her career spanning around 28 years with a range of varied roles is the proof that she is one of the most versatile actresses in Indian cinema. For those who haven't guessed the name yet, it's none other than Kajol Devgn.

Born into a filmy family, Kajol is the daughter of actress Tanuja and granddaughter of the legendary Shobhana Samartha. She made her acting debut at the age of 17 with 'Bekhudi' in 1992. Since then, she has been entertaining us with her stellar performances.

As the actress turns 45 today, we bring you some of her most memorable pictures which will make you say, 'Pyaar Toh Hona Hi Tha'.

Kajol seems to be a little distracted in this picture. On the other hand, her sister is all smiles for the camera.

That Smile Of Kajol Is Making Us Go Aww

A young Kajol is seen enjoying a boat-ride in this click. After looking at this picture, all we can say is 'Time flies and how'!

The 'Dilwale' actress and her sister are seen posing for a cute picture with their father Shomu Mukherji.

In yet another picture, the Mukerjee sisters are seen posing with their mommy Tanuja.

This picture probably looks from one of Kajol's outings with her friend.

Of All Things Cute

This funny click featuring Kajol and Shahrukh Khan just made our day!

A Leaf From DDLJ Diaries

Kajol is seen squeezing in for a goofy picture with Shahrukh Khan, Uday Chopra and others on the set of 'Dilwale Dulhania Le Jayege'. 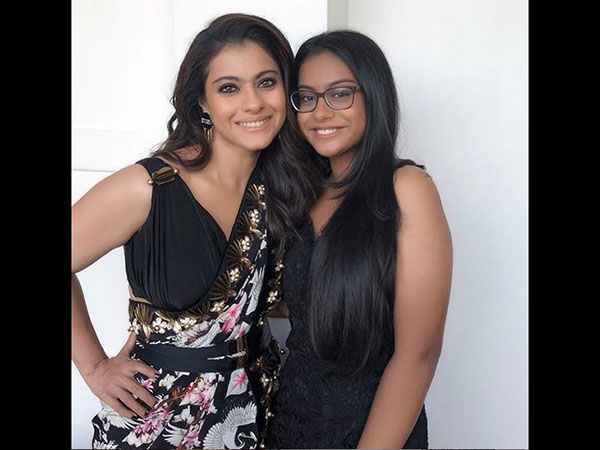 Kajol On Her Daughter Nysa's Bollywood Debut: People Should Give Her A Break & Some Space