When you think about iconic pairings on the big screen, one of the names that come to your mind is that of Mumtaz-Rajesh Khanna. The super-hit jodi gave the industry some of its biggest hits in the form of films like 'Aap Ki Kasam', 'Roti', 'Saccha Jhootha', 'Do Raaste' amongst others.

Fans thronged theatres to watch them romance each other on the silver screen. Their on-screen chemistry was so much scintillating that there were even strong whispers of a romance brewing between them.

As Mumtaz celebrates her 72nd birthday today, we take a walk down memory lane and revisit the times when the actress bared her heart about her dashing co-star.

When Mumtaz Addressed Rumours Of Her Link-Up With Rajesh Khanna

"Just because you do a lot of films together and vibe well, that doesn't mean you are having an affair. My friend­ship with Rajesh Khanna was also misunderstood. He was my neighbour and we got along very well," Mumtaz had said in a Cineplot interview.

"I would pull his leg and tease him about his female fan following. When­ever Rajesh entered a hotel in Madras, there was a queue of 600 girls waiting to see him at midnight! As a result, even I would get some importance, as people would ask for my autograph as well."

She further added in the same interview, "I was not a patch on Rajesh Khanna. He was a phe­nomenon and I was like his chamchi. I teased him a lot and he always called me ‘moti', as I was generally on the plump side."

In yet another interview, Mumtaz revealed, "I met him on the sets of Do Raaste. He was choosy about his friends, very reserved. I was flattered to be his close friend. I was voluptuous so he'd call me ‘Aye moti, idhar aa...' He was a perennial latecomer.

He wasn't strong on dance or rhythm, so combination shots main sambhal leti thi. The dance masters would cheat with close-ups of his too (laughs). We had trouble doing the Chal dariya mein doob jaaye (Prem Kahani) song." 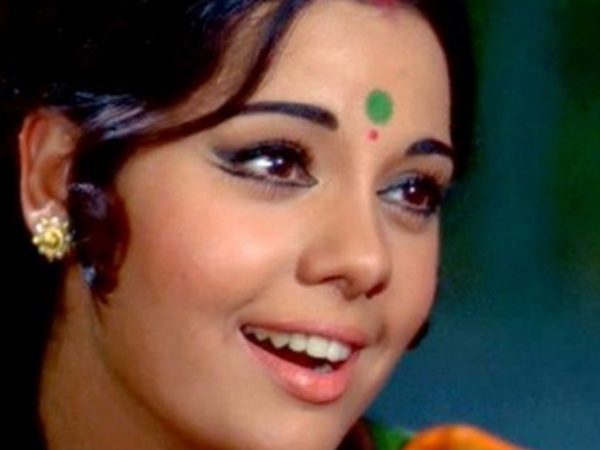 Happy Birthday Mumtaz: The Actress Who Ruled Bollywood In The 1960s