The veteran Bollywood actor Kader Khan passed away on January 1, 2019, due to prolonged illness in Canada. An Afghan-born Indian-Canadian actor, comedian and writer, he had appeared in over 300 films. His debuted in 1973 film Daag that starred Rajesh Khanna. He was a prolific screenwriter for Bollywood films from 1970 to 1999. He had written dialogues for 200 films. Well, everyone knows that versatile actor for his impeccable performances and amazing talents, but very few knew about his struggle.

Kader Khan was born in Kabul, Afghanistan. His father is from Kandahar and mother from Pishin (now Balochistan, Pakistan). He had three brothers, who died very young.

The family migrated to India and apparently found a place to live in Mumbai slums. From prostitution to drugs to murder, the actor has seen everything in the filthy slums! His parents got separated and life became hell for him and his mother in those dirty slums. His mother was then forced to marry for the second time.

He Used To Sleep On An Empty Stomach

In an interview, Kader had revealed that three days a week they used to sleep on an empty stomach. Due to poverty, Kader quit schooling and worked at a local mill like other kids in slums. But it was his mother's advice that made him join school.

His Mother Made Him Realise The Importance Of Education

She had said, "If you become a daily labourer today, your Rs 3/day will remain the same forever. But remember, if you want to get rid of this poverty, you must educate yourself first." He got enrolled in school and later he graduated from Ismail Yusuf College affiliated to Mumbai University. He did post graduation in civil engineering.

Dilip Kumar Noticed The Actor In Him!

While he was performing in a play at the Annual Day function of the college, he was noted by actor Dilip Kumar who signed him up for his next film.

Kader Was A Professor Before Entering Bollywood

Before entering Bollywood, Kader Khan worked as a professor at MH Saboo Siddik College of Engineering, Mumbai. Apparently, he had a dream of opening an educative organisation where both art and religion would be discussed, but this just remained a dream!

In 2015, he got operated which impaired his mobility. He was wheel-chair bound. There were also reports that he suffered memory loss and could barely speak. 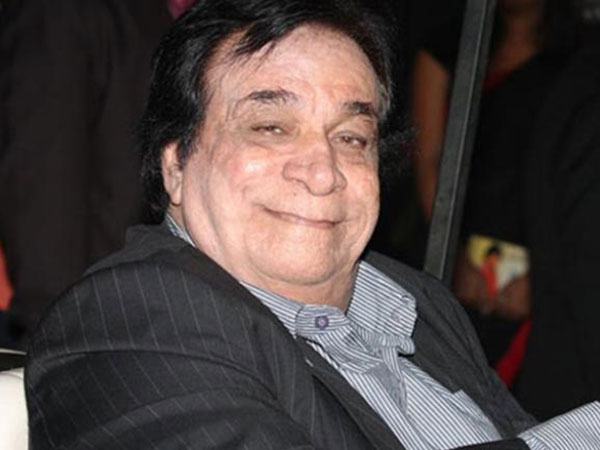