'Khilte hain gul yahan, milke bichadne ko', Shashi Kapoor made these lines immortal when he lip-synced to them in Sharmeelee (1971). There was something about his dreamy eyes and crooked smile which made several hearts flutter.

Born into the illustrious Kapoor family, Shashi Kapoor was the third and youngest son of Prithviraj Kapoor. The actor debuted in the film industry as a child artist with Raj Kapoor's Aag. In an interview, Shashi once confessed, "I am a very lazy actor. My coming into films was kind of thrust upon me, not something I had wanted to do. Being thrust upon me, I did my duty and I worked." Well, we must say, the actor was indeed dedicated to his craft and gave us some memorable gems like Deewaar, Kabhie Kabhie, Namak Halal, Satyam Shivam Sundaram, Sharmeelee amongst others.

On his 81st birthday anniversary today, we remember the iconic actor who made a million of hearts skip a heartbeat with his suave charm.

Not An Actor, Shashi Kapoor Wanted To Become A Film-maker

In a Filmfare interview, he revealed, "When I was 10, Raj ji (Kapoor) gave me a movie camera. With this 16 mm Bell & Howell, I made my first film Phansi. I always wanted to make films, not star in them. But when I started looking for any kind of work that would pay me a little more, I landed up with jobs as an actor."

"I was on time, very disciplined but did not work Sundays, took six weeks off from work to be with my family. I did upset a lot of producers and directors, including my brother, Mr. Raj Kapoor, when I did Satyam Shivam Sundaram...

I refused to work on Sun­days, Christmas, New Year, Diwali and Holi. In the Hindi film world, there is no such thing as a holiday," recalled the late actor.

Big B Recalls What Happened During Deewar Premiere

"The film started and Shashi ji was beside me in the next seat. We never said a word. Premiere butterflies. But when the scene under the bridge started, the ‘mere pass maa hai' [I have my mother] moment, I felt a gentle hand on mine. It was Shashi ji's.

"He never spoke, but the way he held my hand said everything. It was reassurance, it was affection. It was everything that a struggling actor that had once played an ‘extra' in a film that starred this gentleman sitting next to me, had never ever dreamt would happen."

When Shashi Kapoor Recalled His First Meeting With Jennifer

"While with Prithvi Theatres one day I saw a beautiful girl with a scarf and heavy eardrops sitting in the audience. That moment was the turning point in my life. Two years later I married Jennifer. She belongs to the stage too."

"Shashi would constantly tease me because I would argue a lot with the directors on the sets. Each time, he'd remind to get on with it -- 'don't bicker, just do it!'

This is what I've learnt from him. When you are doing a film for money or to help a friend out, be clear about the motives and then finish what needs to be done."

"When you come to the set, and are aware of the limitations of the script or the director, don't expect the pigs to fly."

The actor passed away on December 4, 2017 at the age of 79 due to liver cirrhosis and Bollywood lost a shining star. 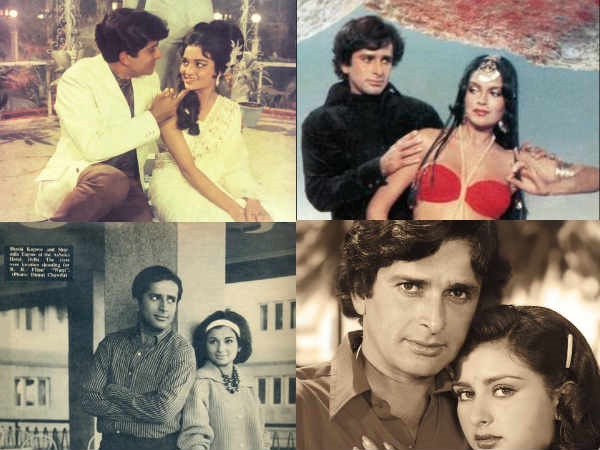