Bobby Deol made his debut in Bollywood in 1995 with Barsaat. He became an overnight sensation with his first film. Not many people know that the actor was in a serious relationship with Neelam at that time. They dated for almost five years and parted ways in the early '90s. After many years of her split, the actress spoke about her break-up in an interview with Stardust.

Neelam had said, "Yes, it's true that Bobby and I split. I don't like talking about my personal life as it is, but there are a lot of misconceptions and baseless rumours floating around, which I would like to lay to rest with a clarification. I don't want people to believe what is untrue. And one of the rumours is that Bobby and I have split because of his involvement with Pooja Bhatt.''

I Didn't Break Off With Bobby Cause Of Pooja Bhatt

''Well, let me tell you and the world, that this is false. I didn't break off with Bobby because of a Pooja Bhatt. Or any other girl for that matter. Our decision to part ways was mutual and amicable. Certainly not because of infidelity on anyone's part. Separation of any kind is a painful process. There's bound to be pain if there is a parting. The decision to part was mutual.''

I Realized I Would Never Be Happy With Him

"I just realized all of a sudden that I would never be happy with him. I know that five years is a long time to reach that realization; I realized late, but at least, I did. And when it dawned on me, I acted as quickly as I could. Like I said earlier, once I've made up my mind, I go through with it.''

I Spoke To Bobby About It

''When I returned, I spoke to Bobby as well. And we came to this mutual understanding, we both felt it would be better. It's not just my decision, it's his decision as well. We both felt that it wouldn't work out. So..."

This Thought Began Haunting Me

''I just kept thinking about ultimately ending up as a star-wife - and the thought nagged me so much that it began haunting me. You know the thought of getting involved with a guy who's getting into films... he hasn't even started... I just felt scared. Terribly scared. I can't explain the fear, I thought, might as well finish it now. I couldn't bear the thought of something going wrong later.''

Did Bobby Have A Roving Eye?

"Every man has an eye for women. But I've never known him to be unfaithful. If I'd heard of anything, I wouldn't take it. And if you ask me about any jealousy or insecurity I felt, it is there in everybody, in every relationship. I wasn't crazily insecure. Okay... a little. And him? He was possessive like a normal man should be. He wasn't jealous because he was sure of me. He knew I would never do anything like that."

Was Bobby Upset When Govinda Declared His Love For Neelam?

"He just ignored it and didn't bring it up at all. Not a word was uttered. I guess there are certain things we just have to put away and ignore. Everyone thought that I was refusing films with him, it wasn't true.''

I Don't Want To Talk About Govinda

''It's just that later, we were only getting those dance-roles, no good offers, so I refused. Anyway, let's not talk about Govinda. It was a very strange incident that happened with him. I don't want to talk about it. " 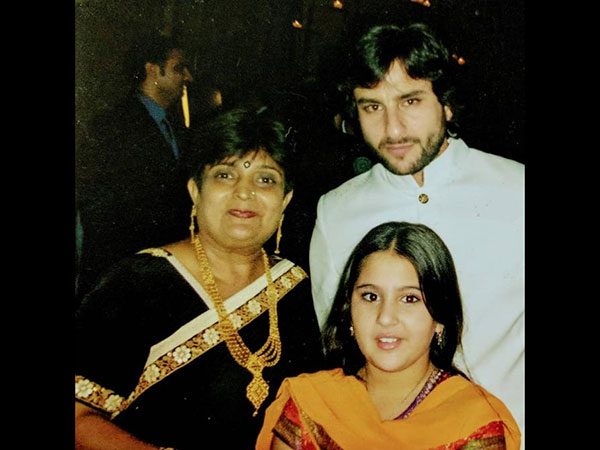 Most Read: Sara Ali Khan Posing With Her Abba Saif Ali Khan At A Wedding Makes For A Perfect Throwback Thursday