Shah Rukh Khan and Gauri Khan's youngest son AbRam is a star in his own way! Right from the time he was born, the kid has always been in the spotlight, and winning hearts with his cute antics.

King Khan and his wife Gauri welcomed AbRam via surrogacy in 2013. As the little munchkin turns seven today (May 27, 2020), we bring you five amazing revelations made by SRK about his little one.

AbRam Is Quite Protective Of Daddy Shah Rukh Khan

"AbRam is extremely protective of me. There are times he watches somebody hit me on screen and he thinks it's for real. So, the next time he meets them, he gives them dirty looks. He did that with Kajol after Dilwale because of that one scene during the interval. We even went for that Ra.One ride together in Dubai and he was getting little angry with Nawaz bhai after seeing Raees," recalled King Khan in one of his interviews.

We all know that Shah Rukh Khan is a great orator, and his motivational speeches always strike a chord with the audience. But do you know that the superstar has no qualms in admitting that it's his son AbRam who inspires him to train and work harder. A few months ago, when little AbRam won a medal in the Taekwondo competition, a proud SRK had tweeted, "You train, you fight...You succeed. Then do it all over again. I think with this medal, my kids have more awards than I have. It's a good thing. Now I need to train more! Proud and inspired."

AbRam Is A Total Chiller

Unlike SRK's other kids, Aryan and Suhana who prefer to keep low-profile, AbRam has always been in the limelight. "I think he loves being around me. Unlike Suhana and Aryan, he is more people-friendly. He gets happy seeing my fans. On my birthdays, he would just come out to the balcony every hour. The fans keep screaming my name and he comes running to me and says, ‘Papa, peoples have come. Let's go meet them'. He calls them ‘peoples' and then, he drags me out because he enjoys waving out to them, revealed King Khan in an interview with DNA.

"He (AbRam) is a smart, intelligent kid and extremely fun to be with. And with him, I become a kid myself. I try and get him all the toys because somewhere, it's also a way of living my own dreams. Maybe, even I wanted those toys when I was a kid, but we couldn't afford it back then. Now, when I play with AbRam, I live those moments which I wanted to, but possibly couldn't," SRK was quoted as saying in one of his interviews.

A few months ago, Shah Rukh Khan had shared a sketch made by AbRam. The drawing featured the actor and AbRam connected by a bond of purple coloured heart. "Being a father (3x) has been, my greatest source of pride, humility, inspiration & even achievement. It has taught me to choose innocent honesty over smarts....in every aspect of life. My little one told me I look better than him in his drawing cos I am smiling without a reason," SRK's heartfelt caption spoke volumes about the adorable bond shared by the father-son duo. 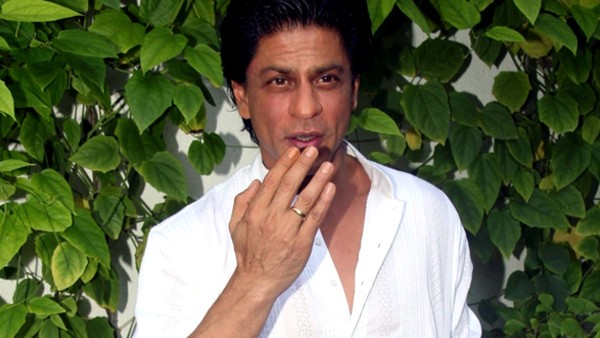 Shah Rukh Khan Wishes Fans On Eid With A Message: 'In The End, It's The Faith That Keeps Us Going' 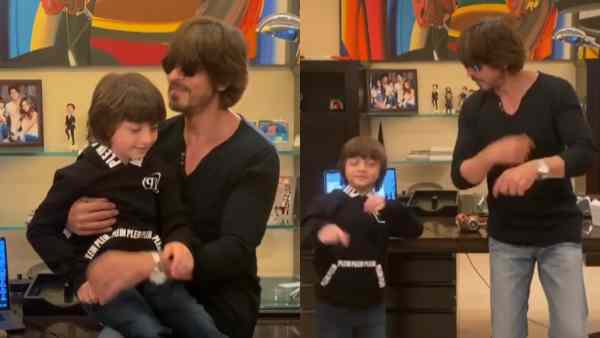