As India is heading towards complete lockdown in order to stop the spreading of the deadly Coronavirus, the majority of the population is now practising social distancing. Since spending time at home can get boring after a point, it's best to keep oneself entertained in any way possible. So after listing down some amazing Bollywood thrillers, we thought it was time for us to recommend some cool chick flicks. All you need to do now is get your popcorn ready and watch these films one by one! Of course, you can thank us later.

Starring Sonam Kapoor in the lead, this film is about a young, spoilt, fashionista who loves being a matchmaker. As Aisha tries to find a perfect partner for her friend Shefali, she ends up ruining her own relationships in the process. It's a typical chick flick with loads of glamour, beautiful locales, and some amazing songs. Directed by Rajshree Ojha, the movie also stars Abhay Deol, Ira Dubey, Amrita Puri, and Cyrus Sahukar in pivotal roles. Aisha is available for viewing on Hotstar and Amazon Prime Video.

A coming-of-age movie revolving around the lives of four childhood friends, Veere Di Wedding immediately struck a chord with the younger generation when it came out in theatres in 2018. Kareena Kapoor Khan, Sonam Kapoor, Swara Bhaskar and Shikha Talsania star in this film, directed by Shashanka Ghosh. When Kalindi (Bebo) decides to get married, her three friends take her to Thailand for a bachelorette trip and they all rediscover themselves on this exotic vacation. It's a fun film that will definitely tickle your funny bone and drive away your boredom. The film is currently streaming on Zee5.

All the teenage girls out there should definitely give this movie a watch. Gippi is about a 14-year-old overweight girl who is insecure but ultimately learns to love herself just the way she is. While the film deals with a relevant and sensitive subject, it's still funny and has other elements like romance, humour and even a makeover. Filmmaker Sonam Nair has done a fine job of extracting some good performances as well. You can watch Gippi on Amazon Prime Video.

Before Shraddha Kapoor gave a blockbuster in the form of Aashiqui 2, she featured in a super cool chick flick called Luv Ka The End. When Rhea finds out her boyfriend Luv is not as nice as he seems, she decides to take revenge and her two best friends help her in this mission. One crazy night is all it takes for these girls to learn more about friendship, love, and life. The movie also stars Taaha Shah, Sreejita De, Pushtiie Shakti, Riya Bamniyal and Meherzan Mazda. Luv Ka The End is available on Amazon Prime Video.

Once you're done watching the four fun films, we recommend you to watch this Taapsee Pannu-starrer because this film talks about sexual harassment and how society perceives young women who prefer to live independently. Though Pink is not a quintessential chick flick, it's undoubtedly one of the finest films to have come out from Bollywood in recent years and is definitely a must-watch for everyone, especially youngsters. Also starring Amitabh Bachchan, Kirti Kulhari, Andrea Tariang, and Angad Bedi, Pink is directed by Aniruddha Roy Chowdhury and is streaming on Netflix and Hotstar. 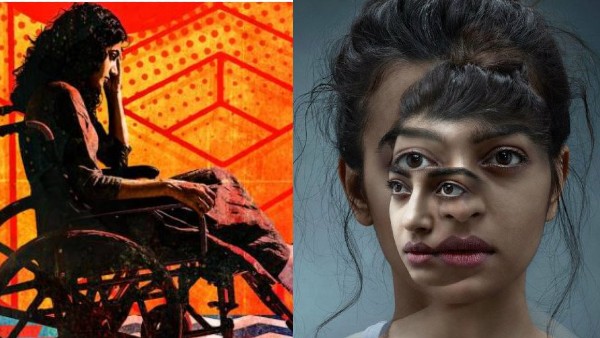