Throwback Thursday is here and we bring to you an old interview of Jaya Bachchan, in which she had spoken in length about her husband, Amitabh Bachchan. The interview dates back to 2002, when Big B had turned 60 and on his birthday, Jaya presented him a coffee table book written on him, 'To Be Or Not To Be: Amitabh Bachchan.' 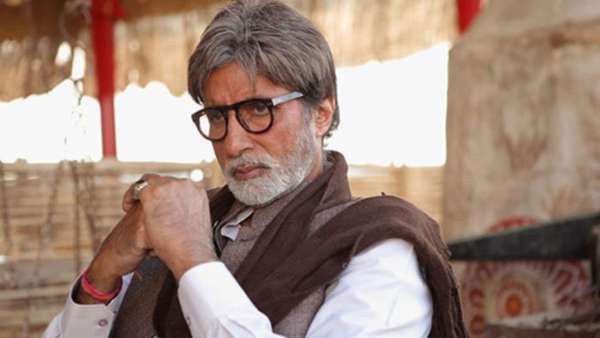 Speaking of the book, Jaya had told Rediff, "This book, 'To Be Or Not To Be', is a birthday gift for him. The family often gives each other books on special occasions, on birthdays. We all love books. The book has been written by Khalid Mohamed. I have written my bit, as has the family. I have written the foreword. My focus was the man. His professional side was dealt with by Khalid, and the personal side by us, the family members."

While speaking to Rediff, Jaya had also made some interesting revelations about Big B, and what kind of a husband he is!

Jaya: He Dislikes Anything That Is Ugly

While speaking to Rediff, Jaya had revealed that the Sholay actor rarely gets angry. She said, "He dislikes anything that is ugly. It could be a bedsheet, it could be the way someone is dressed. That can put him in a bad mood. And he doesn't even know what put him off till he thinks about it and realises, 'Oh I saw this awful colour somewhere and it put me in a bad mood.'"

Did You Know That Big B Was Never A Foodie?

While speaking about Big B's taste buds, Jaya Bachchan revealed that Big B was never a foodie. She said, "He finds it difficult to go to a buffet and decide what he should eat. He basically thinks it is a big bore. He can't be bothered making decisions about mundane things like food."

You will be surprised to know that Amitabh Bachchan isn't very good at making quick decisions. Rediff had quoted Jaya Bachchan as saying, "He can't take decisions easily and quickly. I have often wished he could because I am completely different."

"We never make decisions for each other. If it is a decision regarding the family, we sit down together and decide together. But individually, we take our own decisions."

Jaya Bachchan Never Wanted Big B To Sit At Home

In the same interview, Jaya had said that even though her husband has turned 60, she would never wish that he spends all his time at home. She said, "Every wife wishes that her husband was less busy. But I don't want him sitting at home telling me what to cook. I do definitely want him more at home to spend more time with me, with the children."

Did Jaya Bachchan Want To Change Anything About Big B?

When Jaya was asked the million-dollar question, she said, "Would I like to change anything about him? No. I am quite happy with the way he is. I love him the way he is. He is older now and not as fit, but he hasn't really changed."

Amitabh Bachchan is 77 and is as active as any young star in the film industry. With regard to work, he was last seen in Badla and will next be seen in Gulabo Sitabo, Jhund, Chehre and Brahmastra.