Ayushmann Khurrana is turning the tied with his portrayal of a gay man in the trailer of upcoming film, Shubh Mangal Zyada Saavdhan. Directed by Hitesh Kewalya, the film follows a gay couple as they find their way to a happy ending after a family feud and an almost wedding.

The trailer starts with Ayushmann's character Kartik possibly heading to his boyfriend Aman's house, when a relative starts questioning about his decision to become gay, and Ayushmann's response is exactly what sets the tone of the trailer and hopefully the film. He says, 'when did you decide you didn't want to be gay?'.

Shubh Mangal Zyada Saavdhan, is making the LGBTQA+ proud because of the Kartik and Aman's portrayal. They are not the usual stereotype that you are used to seeing in cinematic history. Kartik and Aman are regular people who do not fit into boxes and have their own unique personality.

Kartik has a flair for drama, but who doesn't? He is seen donning the rainbow cape proudly, in several scenes with a nose ring that is not a staple to gay men. Aman, on the other hand, has no special aspirations just the regular ones, wants to make his parents proud and live a happy life with his partner. The makers have made a real effort at normalizing these men as themselves and not just the gay couple.

From the things that we have seen in the trailer, Kartik is a fan of Roadies, and Dilwale Dulhania Le Jayenge. Aman love midnight rides and would do anything for the people he loves and cares for.

And The Kiss! The kiss at the end of the trailer is what wraps it with a perfect bow. If you are okay with kissing scenes between a heterosexual couple, in almost every film, every other scene, then this scene shouldn't be an issue. We as a society have reached a point where films cannot tiptoe around the idea of homosexual relationships. It exists and it is everywhere around you. 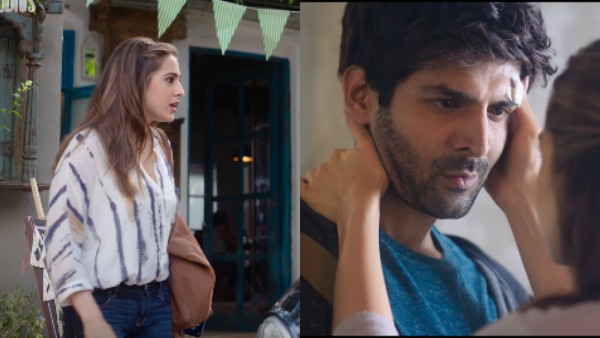