As nothing much is happening in our tinsel town, we thought of taking our readers down the memory lane. And look what we have brought for you- an old interview of Bobby Deol, wherein the actor had spoken about Kareena Kapoor Khan and said that she isn't half as dedicated as her superstar sister Karisma Kapoor.

While speaking to a magazine, Bobby Deol shared his experience of working with Bebo in Ajnabee. Ajnabee was released in 2001 and the film also featured Akshay Kumar and Bipasha Basu in key roles.

Speaking about Kareena, Bobby said, "She is different from her sister as chalk is from cheese. I've seen Bebo ever since she was a kid. She used to visit her sister with her mother. Even then she wanted to be an actress."

The Badal actor further added, "She's very talented. I was amazed to see her in Ajnabee. But for all her talent, she isn't half as talented as her sister. And I've told her that. But Kareena Kapoor has arrived." (sic) 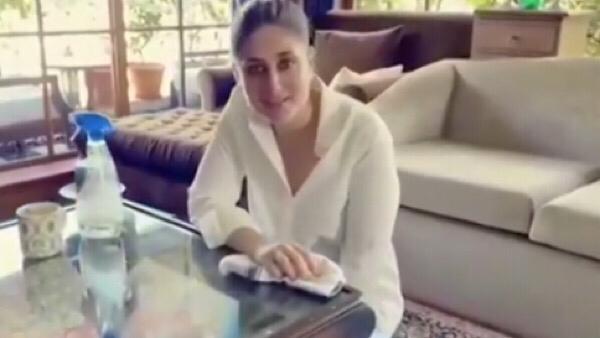 There's no denying that Kareena didn't have a fantastic start when she made her foray into Bollywood. She gave a series of flops during her initial days in the film industry and took a few years to carve a niche for herself. And, after that, there was no looking back!

Kareena not only delivered super-hit films at the box office but, also left the entire nation in awe of her acting prowess. In fact, Kareena is also considered as one of the 'female superstars' of Bollywood. On the other hand, Bobby Deol has a very few hit films in his kitty and he couldn't be as successful as Kareena.

Bobby was last seen in Race 3 alongside Salman Khan, Anil Kapoor, Jacqueline Fernandez, Daisy Shah and Saqib Saleem. Whereas, Kareena was last seen in Good Newwz. She will next be seen in Laal Singh Chaddha and Takht.