For six decades now, Lata Mangeshkar has stood as a pillar and defined the experience of music in the Hindi film industry. As the veteran singer turns 91 today, September 28, 2020, we made a list of four of the most delightful old Hindi songs that Lata lent her voice to. Take a look. It is sure to take you down a memory lane.

This one is a classic. It is soothing and absolutely beautiful. Lag Ja gale is a romantic song that Lata crooned her heart out for. The song is from the 1964 movie Woh Kaun Thi, which starred Manoj Kumar, Sadhana and Helen. Its melody was composed by Madan Mohan. Raja Mehdi Ali Khan added touching meaning with the lyrics, which mean, ‘Come, hug me one more time, this lovely night may not come again'.

If we are talking about music, we cannot miss to mention the 1972 film Pakeezah as it boasted of a glorious album. Among them, Chalte Chalte is truly timeless. Lata's voice is spellbinding in this one. The score was jointly put together by Ghulam Mohammed and Naushad Ali. It happened to be the last album that Ghulam worked on as he died during the making of the film.

At a very young age, Lata began to deliver hit songs. Aayega Aanewala was among her first hits. Just 20, Lata captured the imagination of audiences and listeners with this beautiful song from the 1949 film Mahal. It could be said that Mahal established Lata as a playback singer. Aayega Aanewala was composed by Khemchand Prakash.

Hindi cinema wouldn't have been the same without the nightingale. 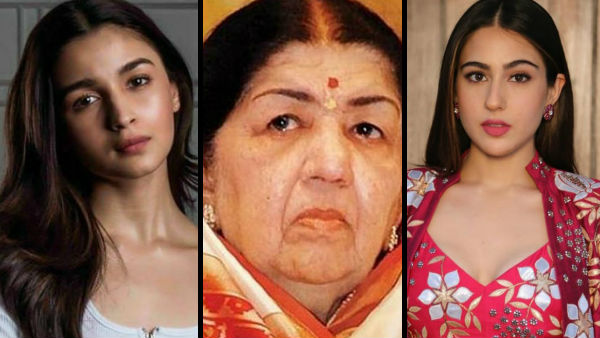