Priyanka Chopra born on 18 July 1982, is celebrating her birthday today (July 18). The actress turning 38 is not only one of the most influential women in the world, but has also won millions of hearts with her performances on-screen and her work with UNICEF as a global Goodwill Ambassador.

In the last decade, the actress has turned from a Bollywood actress to producer to an international sensation. As she continues to remain relevant all around the world, on the occasion of her birthday, we are counting down 10 milestone moments in the Desi Girl's career, which started with winning the Miss World Crown in 2000.

Priyanka Chopra won the title of Miss World in the year 2000 at the age of 18. She now is one of the highest-paid actresses in India and one of the most popular celebrities around the world. Reflecting on her Miss World win, in an interview she had said, "I do think pageants are subject to a lot of stereotyping, and some of them deserve it too, but my experience with Miss World wasn't like that. It was focused on being a woman of substance -- how well you'd be able to solve world issues, what kind of orator you are, etc."

"It wasn't just about being pretty but being well spoken and having compassion. At 18 all of those values being drilled into me taught me so much about the world. It gave me confidence and made me feel great about myself," she added.

Two years after becoming Miss World, Pee Cee made her Bollywood debut with the 2002 release, The Hero: Love Story of a Spy. She was also a part of the Tamil film Thamizhan, which released in the same year. Priyanka quickly became a household face after starring in films like Andaaz and Mujhse Shaadi Karogi.

In 2008, Priyanka won her first-ever National Film Award for her performance as a struggling model in the Bollywood film Fashion. The film also starred Kangana Ranaut and Mugdha Godse in lead roles. On finding out about winning the award she had told IANS, "This is a National Award! I was just not expecting this and especially because there are several regional films and actors competing for it. One can't keep track of the nominations at all. But this feels just great. After having won 15 awards for Fashion so far, I feel I have come full circle with this one."

Priyanka Chopra is known for her philanthropic work and her interest in child welfare and women's rights all over the world. In 2010, Priyanka was appointed as the UNICEF Goodwill Ambassador for Child Rights. Later on, she went on to show support for a number of other causes like women's rights and women empowerment. In 2016, she was once again appointed as a Global UNICEF Goodwill Ambassador, and now, Chopra has been associated with UNICEF for almost a decade and a half.

Back in 2013, Priyanka Chopra became the first Indian actress to appear in school textbooks. She is reportedly a part of the chapter titled ‘Roving Families: Shifting Homes' in the EVS books in the Springdales Schools curriculum, which is affiliated to the Central Board of Secondary Education and has branches in India and abroad.

After winning hearts around the world with her music videos like ‘Exotic' and ‘It's My City', Priyanka quickly bagged her first lead role in a Hollywood project. In 2015, the Desi Girl was all set to headline the US television show Quantico for multiple seasons. While talking about her struggle to get started in Hollywood she said, "When I went to America, there wasn't a precedence. I didn't have a road map to follow because there was no one who had done it before. I had to figure it out, walk into rooms, introduce myself, say ‘I am an Indian actor, my name is Priyanka Chopra, these are the kind of films I want to do'. I demanded playing leading ladies, instead of having parts which were the stereotype of what a Bollywood actor would usually get. Those also came to me, but I was very clear about what I wanted to do."

Priyanka Chopra in 2015, started a production house with her mother Madhu Chopra and launched her first project in 2016, a mobi-series titled It's My City. The company's next project, Marathi film Ventilator, went on to win three awards at the 64th National Film Awards including best director.

At 33, Priyanka Chopra clad in a lime green saree received the Padma Shri Award from President Pranab Mukherjee at the Rashtrapati Bhavan in 2016. On winning India's fourth-highest civilian honour, Priyanka said, "Being a 'defence daughter', the Padma Shri means a lot to her. Priyanka said, If my dad were here, it would have been a huge moment for him." She also added, "Now I am Padma Shri. Shri is better than Shrimati! But I am still trying to figure out how to say it I find it really funny to say 'Padma Shri Priyanka Chopra'."

Along with being named among the 100 most powerful women in the world, Priyanka Chopra tied the knot with American singer Nick Jonas in 2018. Their wedding ceremonies became one of the biggest events of the year globally and is still talked about. The two met at Oscars after-party in 2017 and had only been dating for a couple of months before he proposed to Priyanka in August 2017. Like their relationship, their wedding was also surrounded by controversies but over the past year, fans can't seem to get enough of the adorable couple.

Earlier this month, the actress told Varitey.com about her multimillion-dollar deal with Amazon Prime Video. The actress-turned-producer said that she will be able to work on projects in any language thanks to the new opportunity. While sharing the news with fans, she wrote on Instagram, "As both an actor and producer, I have always dreamt of an open canvas of creative talent coming together from all over the world to create great content irrespective of language and geography. This has always been the DNA of my production house Purple Pebble Pictures, and is the foundation of this exciting new endeavour with Amazon." 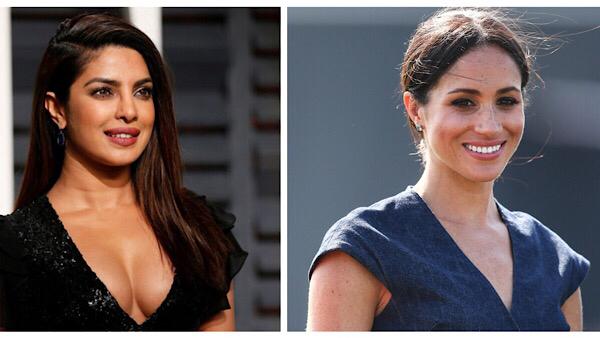 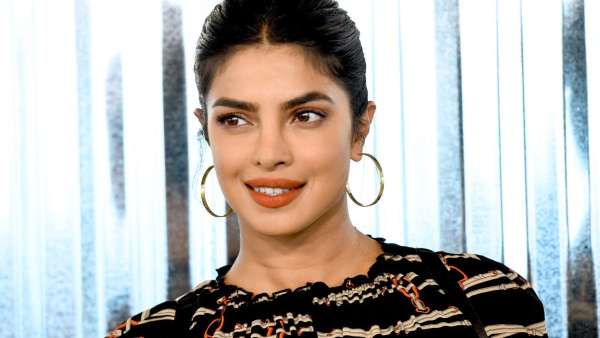 Priyanka Chopra Signs Multi-Million Dollar TV Deal With Amazon: I Can Do Whatever Language I Want