With his infectious charm and chiselled physique, Varun Dhawan is quite a heartthrob, who has built a massive fan-following within a span of eight years. The lad sashayed into the film industry with Karan Johar's campus romance, Student Of The Year, along with two new kids on the block- Alia Bhatt and Sidharth Malhotra, in 2012.

Unlike his debut film co-stars, Varun picked up the route of mass-centric films (barring Badlapur and Kalank) and carved his own space in that genre. The actor has the brashness of Salman Khan and the impeccable comic timing of Govinda and that makes him a complete entertainer.

Born on April 24, 1987 to filmmaker David Dhawan and his wife Karuna, Varun began his career as an assistant director to Karan Johar before the latter launched him in his directorial in 2012.

On his 33rd birthday today, we bring you some of his throwback pictures which scream, 'Main Tera Hero'.

Even as a baby, Varun Dhawan's charming smile never failed to enticed and this picture is the proof.

The young star is all smiles with his elder brother, Rohit in this throwback click.

This picture is making us want to pull Varun's cheeks. That boy looks cute as a button, doesn't he?

Varun Dhawan with curls! Now, that's quite a priceless picture, we must say. 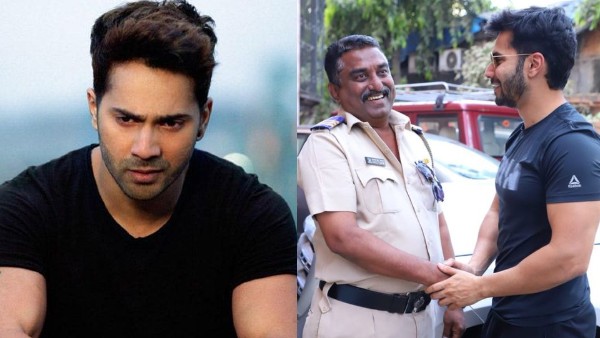