When Madhuri Dixit shimmied to the beats of 'Ek Do Teen' song in Tezaab, the nation went crazy over Bollywood's 'Mohini'. Soon, with a long list of memorable songs, iconic scenes and award wins, she left everyone swooning over her 'million-dollar' smile, graceful expressions and mesmerizing dance-moves. People flocked to theatres to watch the stunning actress. There were times when she even overshadowed her heroes. Yes, Madhuri Dixit was just unstoppable! 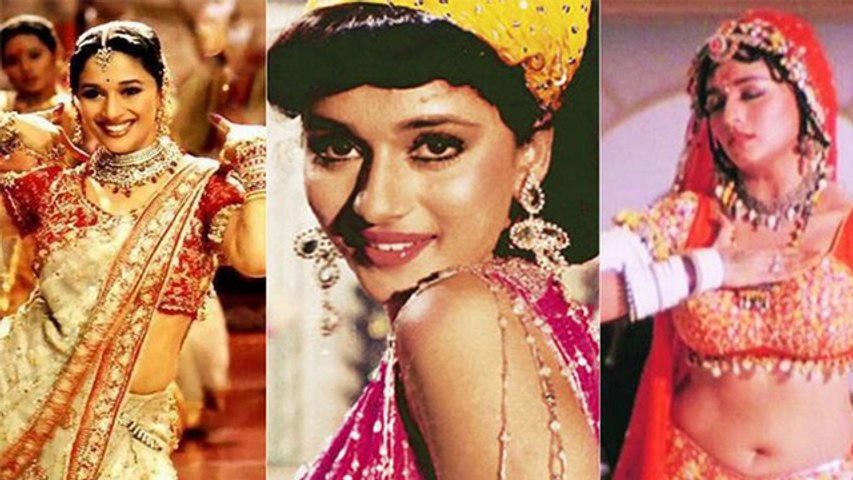 Post marriage, the actress took a long sabbatical. But, when she returned back to showbiz, her charm hadn't fizzled out! Yes, the 'Dhak-dhak' girl would still give today's actresses a run for their money.

On Madhuri Dixit's 53rd birthday, we bring you some rare pictures from her throwback photoshoots, and we bet, you won't stop staring at them!

It Was All In The Destiny, Says Madhuri

"I didn't decide anything about acting or movies, fate had decided it for me because I have learnt Kathak for many years right since I was three years old. I was interested in dramatics and all, but I never thought I would work in films someday. I never knew anyone from a film background so the film was far from my dreams.

But, it so happened that when I was in the seventh standard I got an offer for a film in which I was supposed to play a Kathak dancer and my mom said no. But again when I was 12 years old, Rajashree production was looking for a new face. Things eventually fell in place," Madhuri recently told Indian Express.

Madhuri Was Quite A Mischievous Kid

In one of her throwback interviews, the actress recalled, "I was totally unruly and disorganized. I would throw the family and the house into an uproar before I left for school. I was such a chatterbox, I wouldn't stop talking till I had said all that I wanted to. In school I was once punished for aping a nun who sang soprano. On another occasion, I thoroughly embarrassed my mother. At three, I was asked to sing a classical song at a family get together. Instead, I broke into a cabaret number from a film, replete with all the jhataks and mataks! I guess therein lay the dormant beginnings of 'Ek, Do, Teen'..."

Madhuri Dixit On Her Early Days

"When I entered the industry, I used to wear comfortable clothes because even at home, you'll find me in the oldest and the most faded clothes. I didn't realize that once you are a heroine, you are expected to dress in glittering jewelry, Kanjeevaram saris and salwar- kameez. To doll up so much at such a young age took me time to adjust to the idea," said the diva.

"I was the kind to wear just kohl and lipstick, even to functions. Can you imagine, I used just about any soap to bathe with, even Rin at times, as long as it was cleansing. I just couldn't communicate if there were more than three people around me. I withdrew into a shell and most people thought I was sulking. They gave me complexes," revealed Madhuri.

When Madhuri Dixit Opened Up About Her Complexes

The actress confessed, "I didn't like my nose. I didn't think I was beautiful. I had this perennial pimple problem which I tried to control by drinking a lot of juice and liquid. Initially, I lacked confidence and felt that people were just being polite when they said I was beautiful. Especially since I was not being accepted as an actress. I wished my nose was smaller and that I was a little taller. I was envious of Waheeda Rehman who has the perfect nose and of Dimple and Farha, who have the best skins."

But Now, Madhuri Has A Different Take On Beauty And We Agree With Her

"Beauty cannot be defined in just one simple line. For me, it's the overall personality that makes a person beautiful. It is who you are and what you stand for and how talented you are. Then, it is also about how you look and carry yourself. All of this together, defines beauty. Everyone has to grow old. It is how you do it which is important. It is important to look after yourself and strive to look good, presentable and graceful," the actress said in a Filmfare interview. 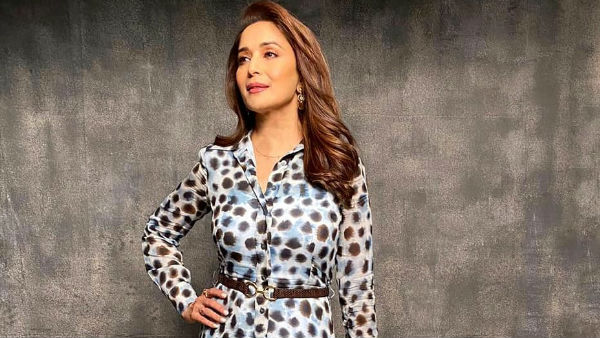