'Life doesn't come with a manual. It comes with a mother'. No wonder, she is your first go-to person, whenever life throws a googly at you! Motherhood is the greatest and the hardest thing to do, and Bollywood actress Kajol agrees to it. After two miscarriages, she embraced motherhood and today, she is a doting mother to a daughter, Nysa and a son, Yug. "My kids mean the world to me and they are my Taj Mahal and Eiffel Tower," the Dilwale actress had said in one of her interviews.

Kajol, who is known for her candour, has never shied away from baring her heart about her relationship with her kids. She has often said that she is the stricter parent, and her hubby Ajay Devgn is the more lenient one. With Mother's day just round the corner, we bring you few instances when the diva dropped major mommy goals with her candid revelations about parenting.

Confessions Of A First-Time Mommy

Recalling the time when Kajol was pregnant with Nysa, the actress recently told Hindustan Times, "When I became a mum, my first thought was that I just could not fail. I knew that this was one test I was going to ace and one exam I was going to top because this really was a question of life and a wasted life." Kajol confessed that she soon realized that motherhood is no cakewalk and added, "It took me at least six months to realise that I couldn't do it alone and I would need everyone with me to help bring up my kids."

Motherhood Is Also About Being Friends With Your Kids

In a DNA interview, the actress had opened up about her relationship with Nysa and said, "We definitely share shoes, manicures and pedicures. We have that kind of a relationship where we are able to talk to each other about a lot of things. But not everything because at the end of the day, I'm her mother. I still scold her and she will be like, ‘But whyyyy mom!'. So, overall, we are in a good space."

Parenting Is Like Internship With A Child, Says Kajol

"It's a very much a hands-on job. You have to do an internship with a child. You have to know that you will make mistakes and that others will make mistakes. You'll have to forgive them and yourself. It is one of the most rewarding jobs. To see your children growing up to become good human beings," Kajol had told PTI.

Kajol Is A Mix Of An Overprotective And A Cool Mom

"Somewhere down the line, we underestimate our kids. As they are born in this world so they know this world much better than us in a lot of ways. Today, our main duty is to disseminate the information in the right way. Our kids should be able to come up and ask us all kinds of questions," a Mid-day report had quoted her as saying.

It's All About Expressing Love

"My son hugs me every night and sleeps, and my daughter keeps an eye on me and gives me the space that I need at times," Kajol had revealed in one of her interviews.

We Totally Agree With Kajol On This!

"When you have a child, you realize how much you love your child and what a mother's love actually means. You never understand it till then. Then you see the kind of effort, attention and time she spared and put into us. In retrospect, I remember it so clearly.As a single mother, it was tough for her. Now that I think about it, every holiday there was no male figure or maid around to help her out. My mom took us everywhere. Not that my dad (the late Shomu Mukerji) didn't or we didn't have holidays with both my parents around. But most of the time, it was just her. We were seven children including my cousins and we would usually land up going to Lonavala. Now when I think about handling four kids, I feel like taking a tranquilizer. She used to put us in the car and drive up and down for the weekend. It was amazing! She's a wonder woman!," Kajol had revealed in a Filmfare interview.

"The most important thing that your children will remember forever is how you loved them. All the scolding, the feeding and the care will be forgotten. So, don't forget to make them feel loved every single day," said the actress in an interview with Hindustan Times. 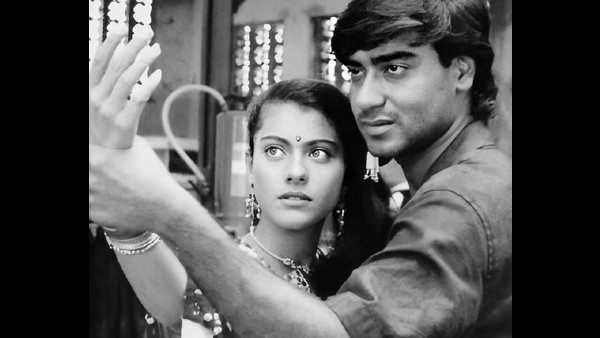 Ajay Devgn Pull's Wife Kajol's Leg: 'Feels Like It's Been 22 Years Since The Lockdown Began'