Karisma Kapoor is one of those actresses who ruled the era of the 90s in Bollywood. She has delivered blockbusters like Raja Babu (1993), Raja Hindustani (1996), Dil To Pagal Hai (1997), Biwi No. 01 (1999) and others in her career. Lolo has seen solid success in her filmi career but in real life, the actress has gone through a rough patch for a long time.

Karisma Kapoor is a mother of two kids - daughter Samiera Kapoor and son Kiaan Raj Kapoor. But she never had a good time with relationships as well as marriage.

Karisma Kapoor made her Bollywood debut in 1991 with the film Prem Qaidi. After her first film, Karisma worked opposite Ajay Devgn in Jigar (1992). While shooting, they both got into a relationship. However, in 1995, they broke up with each other as Ajay Devgn fell in love with Kajol while shooting for Hulchul (1995).

Back in the late 90s, reports were doing the rounds that Karisma Kapoor was in a romantic relationship with Akshaye Khanna. After the bold magazine photoshoot, everyone started speculating that they were in a relationship. However, they kept mum about the same.

Reports also stated that Akshaye Khanna and Karisma Kapoor were supposed to get married. Karisma's father Randhir Kapoor sent a relationship proposal to Akshaye's father, Vinod Khanna. However, the marriage didn't happen due to Lolo's mother Babita Kapoor. Karisma's mom didn't allow her to get married as she was at the peak of her career. On this issue, Akshaye Khanna didn't utter any word because of his shy nature.

After Akshaye Khanna, Karisma Kapoor got into a relationship with Abhishek Bachchan. They had also got engaged to each other. But after some months, they broke their engagement.

Karisma Kapoor got married to businessman Sunjay Kapur in 2003. After marrying him, Karisma became a victim of domestic violence and physical abuse. She has two kids from Sunjay Kapur. In 2016, she finally got divorced. 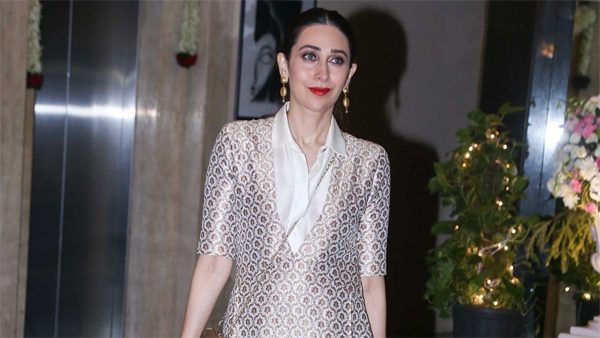 Also Read : When Karisma Kapoor Was Put On Sale By Husband Sanjay Kapur On Her Honeymoon