While speaking to DNA, Aishwarya had said, "Rajini sir, like Pa (Amitabh Bachchan), is a professional and humility personified. There was no age factor. They are both legendary actors due to their body of work. Hence, their cinema becomes exciting to the viewers. Rajini sir's humility is a lesson to learn."

During the same interview, Aishwarya had also sent a message loud and clear to the media that actresses don't work in the south Indian film industry because of unavailability of work in Bollywood but because of the fact that they love the scripts, which are offered to them by the south directors.

She had said, "There is a misconception that people do movies down south because they don't get work here. But, I am an open minded actor. I sign movies for the characters that are offered to me."

Aishwarya had also spoken about getting work post marriage and had said that she considers herself fortunate enough that directors are still approaching her with the scripts. 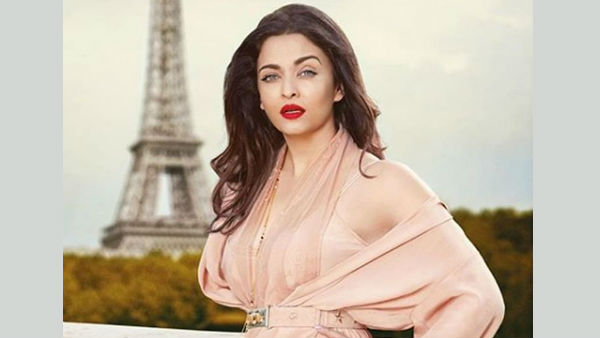 "There have been actresses who continue to work post marriage and you can pull out several names in different decades. However, in the recent times it was becoming a pre-conceived idea that probably leading ladies would not continue to work. I never paid attention to this even as a single girl."

"I am fortunate to have met like-minded professionals. I may want to work after marriage, but there should be directors who want to work with me. My faith has been kept by the people I worked with. Nobody changed their mind. Directors came to me with scripts," had concluded the Devdas actress.