Actor Irrfan Khan was so good at his craft that sometimes creators of his films had to ask him to do 'gandi (bad) acting' and spoon-feed the audience. Irrfan was once in conversation with actor Kangana Ranaut during a web show, Film Companion, where the two critically-acclaimed artists talked about their profession and skills. 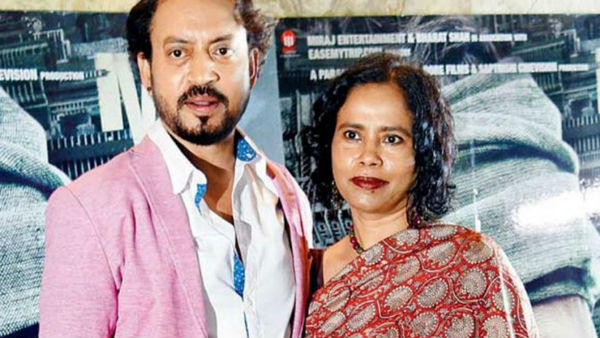 The anecdote also finds a mention in Aseem Chhabra's book 'Irrfan Khan The Man, The Dreamer, The Star'. At one point, during the conversation, Irrfan recalled how filmmaker Mahesh Bhatt had once asked him to do "bad acting" during the making of a Hindi film.

Here’s What Irrfan Is Quoted As Saying In the Book

"Bhatt saab is a very intelligent person; he is very aware. He would say, 'Arre Irrfan, gandi acting kar (Irrfan, do bad acting). Spoon-feed the audience'," Irrfan is quoted as saying in the book.

Irrfan had been trained in theatre, and his outlook and desire was to make good artistic cinema whereas Bhatt also wanted him to get the essence of mass cinema where subtle performances do not necessarily work with the audience, the book stated.

"I believe it is better to be crude and clear than to be artistic and vague because the constituency we are pitching our narrative to is not an elite, refined, affected audience which is being shaped by a sensibility over years," Bhatt is quoted as saying in the book, published by Rupa.

"The dharma of mainstream entertainment is maximum reach. The idiom compels us to be a little shrill. And you have to appeal to that person who is a low-grade moron who is sitting in the last row of your cinema hall. 'Usko samajh mein aana chaiye baat' (He has to understand the film)," he said.

In 2017, Irrfan Clarified What Bhatt Meant When He Said ‘Gandi Acting’

Irrfan, in an interview with Film Companion's Anupama Chopra in 2017, said by ‘gandi acting' Bhatt meant him not to personalise the character he was playing.

"What happens in Hindi cinema is that an actor comes and says the dialogue, the camera covers you, the lines are flat. It's an actor who fills a scene with magic. He (Bhatt) meant to say, do something superficial, give a hypnotic performance," Irrfan said.

"By 'gandi acting' he did not mean that do it so badly that nobody watches it. He meant don't personalise the character, just say the lines with a flourish," the actor added.

The National Award-winning actor on Wednesday lost his battle to cancer at a hospital in Mumbai. He was 54.

In a career spanning three decades, Irrfan transcended the borders of television to mainstream Hindi cinema and also made a mark in Hollywood rubbing shoulders with top global stars and winning accolades for his work.