The ongoing nationwide lockdown has us digging up old pictures/interviews of B-town celebs to keep our lovely readers entertained. And guess what have we found this time? A throwback picture of Hrithik Roshan with the late dancing legend, Michael Jackson. Yes, you read it right!

Did you know that Hrithik Roshan had once bumped into Michael Jackson, when he was shooting for Kites in Los Angeles along with Barbara Mori? Hrithik's father, Rakesh Roshan was also present at the spot, when Michael Jackson showed up at their shooting location and left the entire Kites crew surprised!

Reportedly, Michael casually entered into Hrithik's makeup room in the Bel Air apartments in LA. Hrithik was shocked to see a few bodyguards entering his apartment. Soon, the actor learnt that Michael came there to do a recce, as had to shoot at the same location on the next day.

According to a report, despite being a global star, Michael introduced himself to Hrithik and chatted with the latter for a few minutes. Speaking of their meeting, a source was quoted as saying, "Michael introduced himself to Hrithik. It was a funny scene to see someone like him who the whole world knows introducing himself. The two spoke for a short time and then Michael left. Hrithik was left stunned and took quite sometime to gather his thoughts." 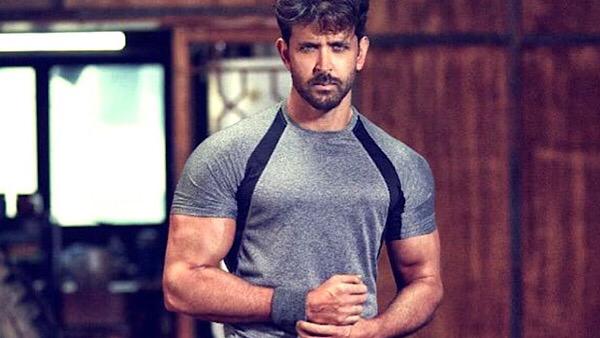 Hrithik Roshan Says There Are No Excuses To Not WorkOut During Lockdown: You Don't Need Gym

Talking about the incident Hrithik had said, "I've been a huge Jackson fan since childhood. So dad requested the mansion owner that we'd like to come over and meet Jackson. Instead, he turned up in the room to meet us. That meeting is etched in my memory."

We feel you, Hrithik!