Rishi Kapoor is known for his amazing acting skills and outspoken nature in Bollywood. The actor has always been sharing his critical views on certain issues that happen in India as well as Bollywood. Apart from that, Rishi Kapoor is also infamous for his anger issues. Due to his short temper, the actor has landed in a lot of trouble in his personal, as well as professional life.

Let's recall the incidents that made Rishi Kapoor grab the headlines for getting angry on Ranbir Kapoor.

Actor Ranbir Kapoor admitted that his dad Rishi Kapoor once slapped him in his childhood for an innocent mistake. Ranbir, in an interview with a leading portal, said that when he was 12 years old, Rishi slapped him for unknowingly wearing shoes during a puja ceremony at his home.

Rishi Kapoor Admits Screwing Up His Relation With Ranbir

In an interview with Mumbai Mirror, Rishi Kapoor confessed that he screwed up his relationship with son Ranbir Kapoor. "My father gave me space when I moved out after marriage and I give Ranbir his space too when he decided to move out and share a home with his girlfriend. In this house, he had one room: how could that be enough for a 33-year-old boy? He's a great son, he listens to me but I don't interfere in his career because my career is mine and his is his. I know I've screwed up my relationship with Ranbir even though my wife kept telling me about what I was doing. It's now too late to change it; both of us will not be able to adjust to the change. It's like there's this glass wall, we can see each other, we can talk, but that's it. He doesn't live with us anymore, which is also a very big setback to Neetu and me. We're building a new home where there will be a lot of place for him and his family. Till then, life goes on," he said.

Reports were stating that Rishi Kapoor was not happy with Ranbir Kapoor's former girlfriend, Katrina Kaif's frequent house visits to meet him. However, he never spoke about it openly.

Speaking about the similarities of giving respect to his father and son, the actor regrets not being friends with Ranbir. Rishi Kapoor said, "Out of respect I was always very scared of my father. I don't know about Ranbir; of course, he respects me, but I've never been friends with him and that is my biggest drawback. It's also a deep regret but again, I don't know." Rishi further said, "Only time will tell if it is something that's good or not. I used to drink with my dad, though out of respect, I never smoked in front of him. Similarly, I can share a drink with Ranbir, but he doesn't smoke in front of me though I know he smokes. I never made friends with Ranbir and though I regret it, I am also not one of those guys who would want to be on back-slapping terms with my son."(sic) 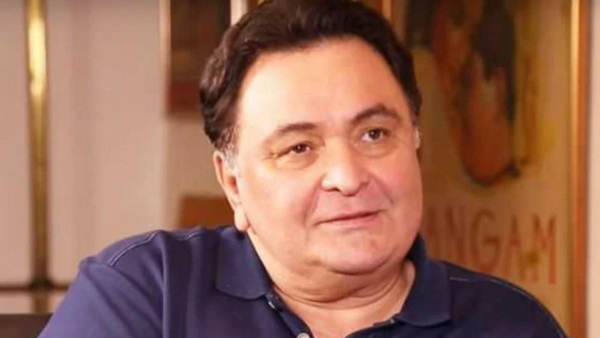