Netizens haven't come out of the shock caused from choreographer Saroj Khan's death. The veteran choreographer breathed her last on July 3 in Guru Nanak hospital, Mumbai, owing to cardiac arrest. In the last few months, we have lost many talented artists and 2020 is indeed a very dark year for the film industry. Amid all the chaos, many clips of Saroj Khan's interviews are going viral on the Internet and netizens are in awe of her boldness!

While surfing the net, we came across an old interview of Saroj Khan, wherein she had criticised Katrina Kaif's popular dancer number, 'Chikni Chameli' and called its choreography 'vulgar'.

She said in an interview, "I thought Chikini Chameli was vulgar because he (Ganesh Acharya) emphasised too much on one hip movement and her bust. The song is not done like a lavaani. He went for out-and-out vulgarity."

Why Was Saroj Khan Miffed With Farah Khan?

Speaking about Farah Khan, Saroj Khan said, "Farah Khan did not choreograph Sheila Ki Jawani; (her assistant) Geeta Kapoor did. Farah Khan admits it. That's why when she took the award on stage she said, "Geeta, this is for you." Why couldn't she give the credit in the film credits?"

In the same interview, Saroj Khan also spoke about her personal life and said her life revolved around her family.

She said, "I don't attend parties. I don't socialise. I don't ask for work. I don't sit near the feet of any hero and tell him I made a film and have losses of Rs 8 crore please give me work." 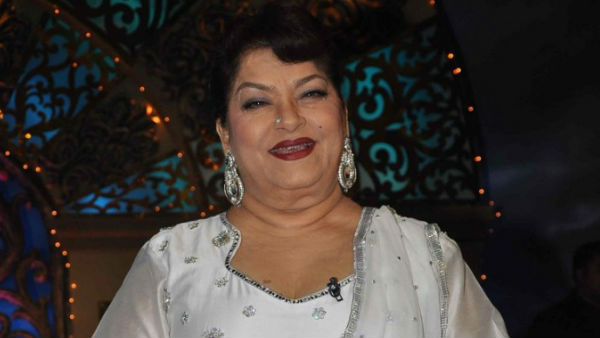 Unknown Facts About Saroj Khan: Did You Know She Choreographed Her First Song At The Age Of 14?

Going by Saroj Khan's interview, one can vouch for the fact that apart from being a terrific choreographer, she was also someone, who used to speak straight from her heart without mincing words!