"There is nothing sexy about me. I have a long nose, big cheeks, long face, broad forehead and my legs are too thin. So I am anything but sexy," Ranbir Kapoor had modestly said in one of his interviews with a leading magazine. However, a million female fans out there choose to disagree with him!

With his brooding eyes and chocolate boy looks, this Kapoor scion has set the screen on fire ever since he debuted in Bollywood with Sanjay Leela Bhansali's poetic musical Saawariya. The film was a cold turkey at the box office but the handsome lad caught everyone's eye. A series of easy-breezy films catapulted him to fame as women continued to swoon over his hotness quotient. Ayan Mukerji's coming of age film Wake Up Sid broke the mould.

Kapoor even dabbled with the political thriller genre with Prakash Jha's Raajneeti and then Imtiaz Ali's Rockstar happened in 2011. The boy shone like never before in this movie and thereafter there was no looking back for him. He teamed up with filmmakers like Imtiaz Ali, Rajkumar Hirani and Anurag Basu and delivered some of his best works. "I don't take success to my head and failure to my heart. I have been like that since my debut film," Kapoor had once candidly spilled the sauce about how he has managed to keep himself relevant over the years.

As Ranbir Kapoor turns 39 today (September 28, 2021), we bring you some of his best songs which are a must in the playlist of every hopeless romantic afterall this Kapoor lad has got the charm!

Missing your loved one? This love anthem from Ranbir Kapoor's Rockstar is just what your yearning heart needs! Mohit Chauhan's silky smooth vocals is bliss to the ears. 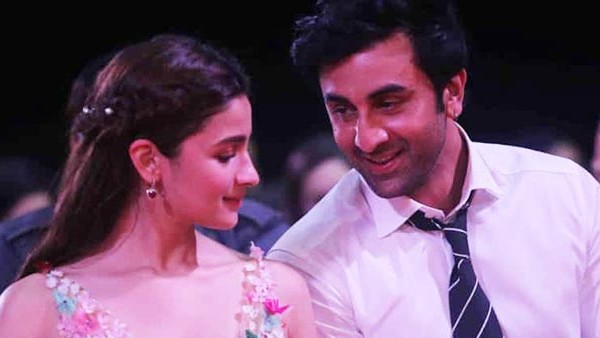 Vishal-Shekhar pull off a winner with this song which makes for a perfect listen on a breezy afternoon. Shilpa Rao's husky voice works like magic in this Ranbir Kapoor-Deepika Padukone number from Bachna Ae Haseeno.

Remember how you got butterflies in your tummy when you fell in love for the first time? Ranbir Kapoor-Deepika Padukone's 'Subhanallah' song perfectly captures that feeling. This slow-paced number is a hit with diehard romantics!

What happens when Mohit Chauhan and Alka Yagnik take to the mic together? You get a song that promises to tug at your heartstrings and 'Agar Tum Saath Ho' does exactly that. The track opens on the piano and makes its way straight into your hearts.

We have all been through unrequited love at least once in our lives, haven't we? Arijit Singh breathes life into this track with his powerful vocals and Ranbir Kapoor aptly enacts the emotions of a person who is battling unrequited love. The gloom, the angst, the pain, together the singer and the actor takes us through various shades of love.

Atif Aslam's romantic ballad makes for a mushy listen. 'Shining in the setting sun like a pearl up on the ocean, Come and heal me, o heal me,' Ashish Pandit's lyrics coupled with Pritam's soft pop music makes us go all hearts over this Ranbir-Katrina song.

Arijit Singh's rendition of 'Phir Le Aaya' has a ghazal feeling to it and that's exactly what sends you into a shayarana mood.

Shaan transports us into the world of bewitchment with his magical voice in this endearing song which talks about 'love at first sight.' Ahem, Ranbir's towel-dropping act in this track is still freshly etched in our minds.