While the year 2020 was all about COVID, pandemic and lockdown, the first half of this year struggled with its aftermath and the terrifying second wave of the pandemic. The Hindi film industry grappled to stay on its feet with theatres remaining shut for a major part of the year. Amid these trying times, there were a couple of instances when fans got a chance to celebrate some 'good news' with the Bollywood brigade as the latter welcomed a new addition in their respective families.

It's said that no role brings greater joy or blessing than being a parent and the same holds true for our B-town celebrities as well. From Anushka Sharma, Kareena Kapoor Khan to Preity Zinta, everyone embraced parenthood and entered a new phase in their lives. While there were some who became mommies for the first time, others welcomed a baby for the second time. 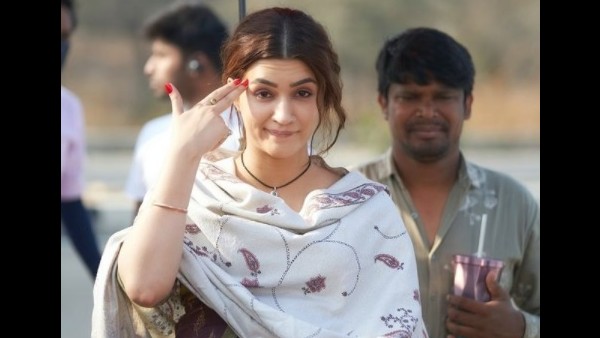 With just a little more than a month remaining to bid goodbye to 2021, let us take a look back at the Bollywood celebrities who embraced parenthood this year.

Actress Anushka Sharma and her cricketer-husband Virat Kohli began their New Year on a cheerful note as they were blessed with a baby girl Vamika on January 11, 2021. While 'Virushka' as fans lovingly call them have been very careful about not sharing their little munchkin's pictures on social media, the couple occasionally does give fans a sneak-peek of their bonding sessions with her.

Bollywood's power couple Kareena Kapoor Khan and Saif Ali Khan left fans overjoyed when they announced the arrival of their second son Jehangir aka Jeh on February 21, 2021. Later in an interview, Bebo revealed that her younger son looks more like her and is lot more intense and quieter than Taimur.

Rehnaa Hai Terre Dil Mein actress Dia Mirza and her husband Vaibhav Rekhi welcomed a baby boy Avyaan Azad on May 14, 2021. However the couple kept this news under wraps for sometime and made the announcement in July.

Dia broke the news on her Instagram page with a post a part of which read, "Our heartbeat, our son Avyaan Azaad Rekhi was born on May 14th. Having arrived early, our little miracle has since then been cared for by tireless nurses and doctors in the Neonatal ICU. A sudden appendectomy during my pregnancy and a subsequent and very severe bacterial infection could have led to sepsis and proven to be life threatening. Thankfully, the timely care and intervention by our doctor ensured the safe birth of our baby via an emergency C-section."

Neha Dhupia and Angad Bedi were blessed with a baby boy on October 3 this year. An elated Angad had taken to social media to announce the arrival of his son and written, ''The almighty today blessed us with a baby boy. Both Neha and the baby are well. Mehr is ready to pass on the "baby" title to the new arrival. #Bedisboy is here! Waheguru mehr kare @nehadhupia thank you for being such a warrior through this journey. Let's make it a memorable one for all 4 of us now."

Aparshakti Khurana and his wife Aakriti Ahuja welcomed a new addition to their family in the form of a baby girl Arzoie A Khurana on August 27, 2021. Later in an interview, the Stree actor talked about how they zeroed in on the name Arzoie for their baby girl and revealed, "We thought of over 100 names before shortlisting this. We also fondly address her by her nicknames - Zoiee and ZuZu."

Preity Zinta and her husband Gene Goodenough left fans pleasantly surprised when they revealed that they have been blessed with twins, Jai and Gia via surrogacy on November 18.

Geeta Basra and her cricketer-hubby Harbhajan Singh embraced parenthood for the second time as they welcomed a baby boy Jovan Veer Singh Plaha on July 10, 2021.

Lisa Haydon announced her third pregnancy in March this year. In July, she and her husband Dino Lalwani welcomed a baby girl Lara. Later the actress shared a picture of her newborn and shared, "We love you baby girl, with everything we've got!! You are heavenly perfection! Ps: My Love Dino Lalvani is now on Instagram guys. Let's be nice and give him a warm welcome."

Popular singer Shreya Ghoshal and her hubby Shiladitya Mukhopadhyaya welcomed a baby boy Devyaan on May 22 this year. Earlier this week when Devyaan turned six months, the 'Dola Re Dola' singer introduced her son to fans with a bunch of adorable pictures.

Playback singer Neeti Mohan who tied the knot Nihaar Pandya on February 2019, gave birth to a baby boy Aryaveer on June 2 this year. Neeti had shared a glimpse of her newborn on her social media handle and written, "Holding his little hands is by far the most precious touch we have ever felt. ARYAVEER has chosen us as his parents. Couldn't have felt more blessed than this. He multiplies the Happiness and sense of gratitude in our families manifold. Overjoyed and forever Grateful @nihaarpandya."

Popular singer Harshdeep Kaur and her husband Mankeet Singh became proud parents of a baby boy Hunar Singh on March 3 this year. She had announced the arrival of her bundle of joy on social media with a post that read, "A little bit of heaven just came down to earth and has made us Mommy & Daddy...Our Junior ‘Singh' has arrived & we couldn't be happier!"