Be it playing an amnesic lover going on a revenge spree in Ghajini or a college student in 3 Idiots, Aamir Khan is simply unstoppable when it comes to suprising the audience with his versatility. Unlike the other two Khans, Shah Rukh and Salman, Aamir prefers to keep a low profile and emerges out only when he has a film release up his sleeve.

The great-grandnephew of nationalist and poet Maulana Azad, Aamir is known for smashing his own records when it comes to box office numbers and also at being a social crusader with his initiatives.

Aamir made his debut in the film industry as a child artist at the age of eight in Yaadon Ki Baaraat. After assisting his uncle on two films, he finally bagged his first movie as the male lead in Qayamat Se Qayamat Tak. The film was a huge box office success and a star was born.

In a career spanning over three decades, Aamir Khan has dabbled with different genres and wooed us with his enticing performances on the big screen. One amazing quality about this superstar is that he has always succeeded in making us go all hearts over his pairing with some of the most popular B-town leading ladies when it comes to films.

As Aamir Khan turns 56 today (March 14, 2021), we have compiled for you some of his most loved pairings on the celluloid.

Aamir Khan and Juhi Chawla stepped in the film industry together with their debut film Qayamat Se Qayamat Tak. As star-crossed lovers in the tragic romance, the pair left the audience reach for their tissues with their heartfelt performances. Not just romance, the duo also gave us a glimpse of their terrific comic timing in films like Hum Hai Rahi Pyar Ke and Ishq. Off-screen, Aamir had a fallout with Juhi in 1997, after which they didn't talk until 2003. The duo cleared all their misunderstandings and are now, back on good terms.

The two stars worked together in Indra Kumar's 1990 film Dil. The 'poor-guy-falls-for-rich-girl' story clicked with the audience and the film set the cash registers ringing at the box office. With their mint-fresh chemistry, Aamir and Madhuri made everyone say, "Na jaane kahan dil kho gaya." The duo paired up once again for Deewana Mujh Sa Nahin in the same year which was an average grosser at the box office. Surprisingly, Aamir and Madhuri were never cast opposite each other again post these two films.

Who can forget Aamir Khan-Karisma Kapoor's sizzling chemistry in Dharmesh Darshan's 1990 film Raja Hindustani? The pair set the screens ablaze with their passionate romance in this film which was inspired by Shashi Kapoor-Nanda's film Jab Jab Phool Khile.

Aamir Khan and Manisha Koirala were one of the most popular onscreen pairs in the 90s. Manisha's charm coupled with Aamir's lover boy act clicked with the audience in films like Akele Hum Akele Tum and Mann.

When Aamir Khan asked Rani Mukerji 'Aati Kya Khandala' in Ghulam in his tapori style, the entire nation went crazy over his swag. In 2005, the duo shared screen space again in Ketan Mehta's Mangal Pandey: The Rising. The film was a box office dud. Seven years later, Aamir and Rani reunited as husband and wife on-screen in Reema Kagti's supernatural thriller Talaash: The Answer Lies Within.

Aamir Khan and Kajol made us go 'fanaa' over their beautiful chemistry in the 2006 film Fanaa. The superstar played the role of a Kashmiri insurgent Rehaan, who falls in love with a blind girl Zooni (Kajol). People appreciated Aamir's anti-hero act and his pairing with Kajol also received a lot of love. It is astonishing that the two stars have worked together only once! Are the filmmakers listening to this?

Last but not the least, Aamir Khan's latest co-star Kareena Kapoor Khan who will be sharing screen space with him in Advait Chandan's upcoming film Laal Singh Chaddha, had previously teamed with him for 3 Idiots and Talaash: The Answer Lies Within. It would be interesting to watch what these two stars have in store for us this time.

Out of all these pairings, which one is your favourite on-screen jodi? Let us know in the comment box below. 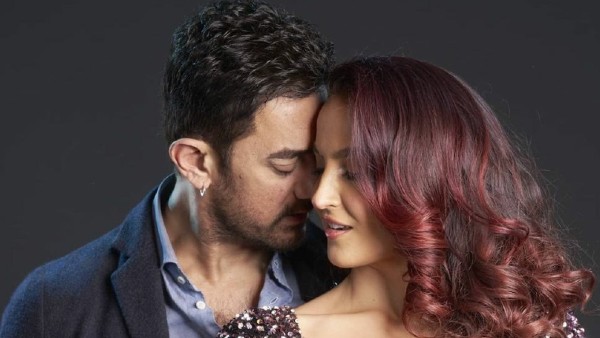 ALSO READ: Har Funn Maula Song: Elli AvrRam Has This To Say When Asked If She Was Nervous To Perform With Aamir Khan