Long before Saif Ali Khan-Kareena Kapoor's son Taimur became an internet sensation, it was Shah Rukh Khan and Gauri Khan's youngest son AbRam who would take social media by storm with his 'oh-so-cute' pictures. Nevertheless, it wouldn't be wrong to say that the little munchkin is still a star in his own way despite facing some stiff competition from little Tim Tim (winks). 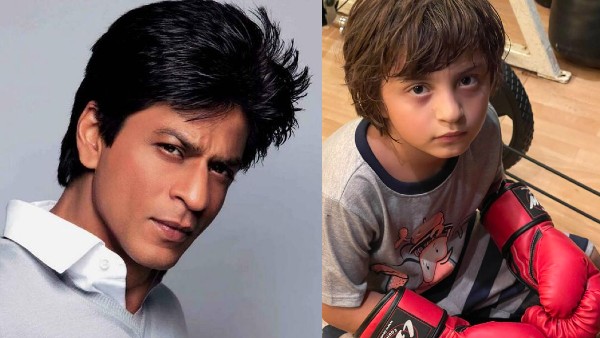 Shah Rukh Khan Asks 'Where Was I?' After Wife Gauri Shares A Cute Photo Of AbRam Wearing Boxing Gloves

No wonder when King Khan was once asked by a fan during #AskSRK session on Twitter about working with AbRam in a film, the superstar had jokingly replied, "As soon as I get his dates..." In his past interviews, the Badshah of Bollywood has always mentioned that his little one is quite protective of him. He had also shared that it's AbRam who inspires him to work harder. Awww, their bond is just too precious!

On the other hand, mommy Gauri Khan also adores AbRam and had said in an interview that the star kid is the centre of everyone's attention. "He's the centre of everyone's attention. Shah Rukh wakes up with him; he has to see him the first thing in the morning. Luckily, he has more time than before, so he's enjoying it," the star wife had revealed in an interview with Hindustan Times. 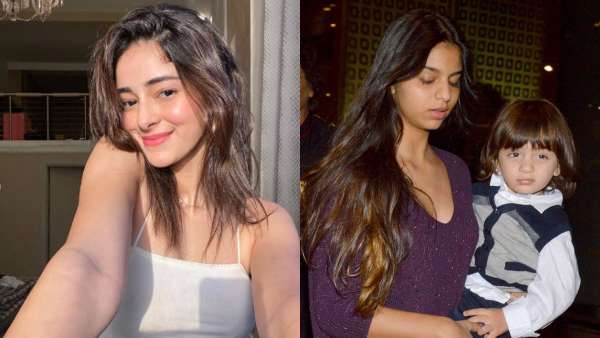 As Shah Rukh Khan and Gauri Khan's doting son AbRam turns eight today (May 27, 2021), we bring you five of his most endearing pictures which will make your heart go squishy.

If Love Had A Face!

Remember this picture in which AbRam is seen planting a kiss on his dad Shah Rukh Khan's forehead? This pristine moment captured on lens holds a special place in our hearts.

When Shah Rukh Khan and his little 'prince' AbRam turned snowmen and made us go 'awww' over their happy faces.

We cannot stop drooling over this captivating click in which little AbRam is seen sitting on his mother Gauri's lap and posing for the camera.

When A Little Star Met The Big Star

Just like us, even AbRam was quite star-struck when he bumped into Bollywood's Shahenshah, Amitabh Bachchan. Now, that's what we call a 'Kodak' moment.

Happy Memories Are The Best

Ufff! Look at that enticing dimpled smile of little AbRam in this snap in which he is seen sharing the frame with his siblings Suhana and Aryan. Just the right amount to brighten up your day!