Shilpa Shetty was barely 17 when she made her first screen appearance in Bollywood with Shah Rukh Khan's thriller Baazigar in 1993. The actress happened to bag her debut film by chance, when someone from the casting team happened to come across her portfolio and the rest is history! 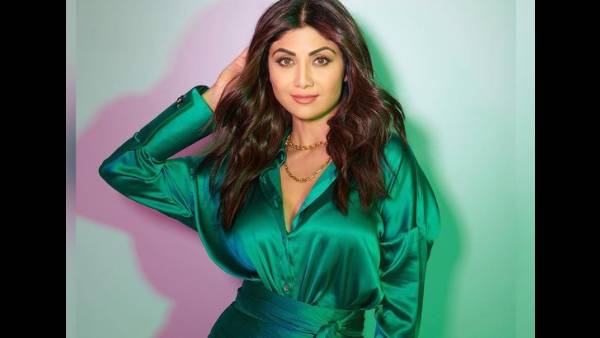 Shilpa Shetty Kundra Shares Heartfelt Post Amidst Pandemic, Says 'Be Gentle With Yourself'

Recalling her first shot for the film for the 'Ae Mere Humsafar' song, the Dus actress recalled in an interview, "I didn't even know how to lip-sync and was standing with my back to the camera for my first scene. Rekha Chinni Prakash, the choreographer, kept screaming "Cut" and telling me my hair was obstructing the shot. Thank God for Shah Rukh, who took me aside and told me that the camera is my audience so even though I was giving beautiful expressions, no one could see. That bit of advice has stayed with me."

In the last 28 years, the diva has worked with many leading stars like Shah Rukh Khan, Salman Khan, Akshay Kumar and others, and delivered blockbuster hits with them! Not to forget, her dance songs like 'Main Aayi Hoon UP Bihar', 'Shut Up & Bounce' and others which always makes us want to hit the dance floor. 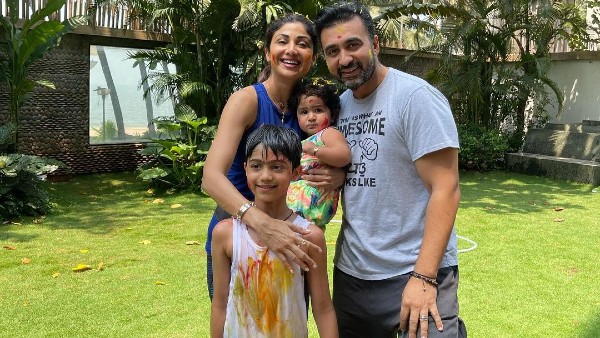 Shilpa Shetty Shares An Unseen Video Of Viaan On His Birthday; Praises Him For Fighting COVID-19 So Bravely

When not weaving magic on-screen, Shilpa is busy giving major fitness goals on social media (A little trivia here- the actress represented her school at volleyball tournaments). When quizzed about what keeps her looking young and beautiful, the actress had once quipped, "I really think that when you are at ease, it enhances your inner beauty and it reflects in your eyes and smile". We totally agree to this, girl!

Meanwhile, on Shilpa Shetty's 46th birthday today (June 8, 2021), we take you along with us on a trip down memory lane with these rare throwback pictures of the Dhadkan actress.

Shilpa Shetty goofs around with her co-star Shah Rukh Khan while shooting 'Kitaben Bahut Si' song on the sets of Baazigar. These two cuties are such a charm, ain't they?

Too Much Good Looks To Handle In A Frame!

Not just off-screen, Shilpa Shetty's enticing chemistry with superstar Akshay Kumar on the celluloid always made our hearts flutter.

When it comes to nailing the 'desi' girl look, Shilpa Shetty has got a Midas touch. Here's a stunning picture of the diva from one of her old photoshoots.

"Fashion to me is a style of expression and I feel it should be unique. I want to be a trendsetter not a follower," Shilpa Shetty has once said in an interview with Femina magazine. Take a cue from her girls!

Shilpa Shetty and Suniel Shetty were a popular on-screen pair and worked together in films like Prithvi, Dhadkan, Aakrosh and others. We wish someone offers them a movie together again! Are the filmmakers listening?

This Picture Of Shilpa Will Brighten Up Your Day

Shilpa Shetty is a sight for sore eyes in this captivating throwback picture from an old photoshoot.