The main man of YRF, Aditya Chopra seems to be upset with Katrina Kaif, for rejecting the role he had offered her to star in the movie, Gunday in 2013.

Aditya Chopra, launches actors in Bollywood through YRF, and works with them for a long period of time, providing several opportunities along the way and maintains a good relationship with them. 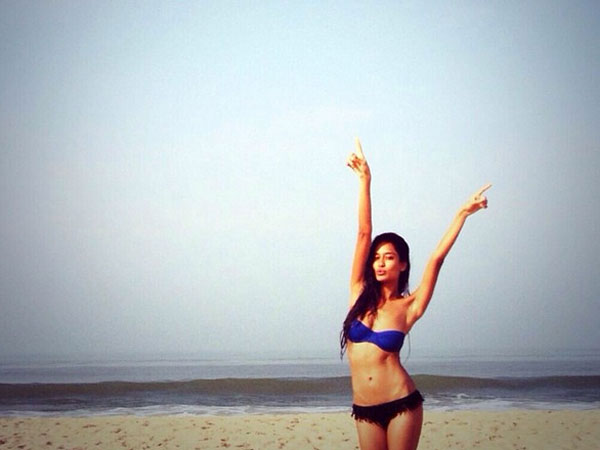 Both Katrina Kaif and Aditya Chopra, had a very good understanding with each other and worked together for movies such as Mere Brother Ki Dulhan, Ek Tha Tiger and Dhoom 3. Everything went well, until Katrina Kaif, turned down Aditya Chopra's offer to star in Gunday.

A source close to Aditya Chopra was quoted as saying,

"Adi is not a forgiving person. He felt slighted when Kat turned down Gunday when he offered it to her. The studio owner expects blind loyalty from his people. which is why the people who are launched by YRF swear allegiance to the studio every chance they get."

The source further commented as,

"He felt he'd done Kat a big favour by offering her some great roles and a chance to work with a director like Kabir Khan, when very few big directors had faith in her. He felt she should have reciprocated the gesture and agreed to act in Gunday, even if she wasn't happy with her part."

It looks like Aditya Chopra, has made up his mind, not to cast Katrina Kaif in any of his upcoming projects.

It is reported that Katrina Kaif, is now trying to mend the broken bridges between them, and is sending feelers to Aditya Chopra. The actress, wants to continue their friendship and professionalism.

A source was quoted as saying,

"Kat is hoping that Adi will have a change of heart soon. She has dropped in a few times at YRF but received an icy treatment from the producer-director. But she is hopeful."

"Kat has been trying to build bridges with him ever since, but Adi is not in a forgiving mood for now. Strangely, even though her beau Ranbir Kapoor acted in a YRF film at the start of his career, they haven't offered him another role in the last five years." says a source.

Katrina Kaif, had rejected the role in Gunday, and Priyanka Chopra took up the offer. Gunday, also starred Ranveer Singh and Arjun Kapoor.

Katrina Kaif, is bust shooting for her upcoming film Jagga Jasoos, Baar Baar Dekho and Fitoor. All these 3 movies are slated to be released in 2016.

Katrina Kaif, would be seen opposite Ranbir Kapoor for the movie Jagga Jasoos. The film, would also have a TV series titled Junior Jagga.

We hope, all ends well between Katrina Kaif and Aditya Chopra, and hope to see many more movies with the duo working together.

Aditya Chopra, had casted Katrina Kaif under the YRF banner for the movies such as Mere Brother Ki Dulhan, Ek Tha Tiger and Dhoom 3.