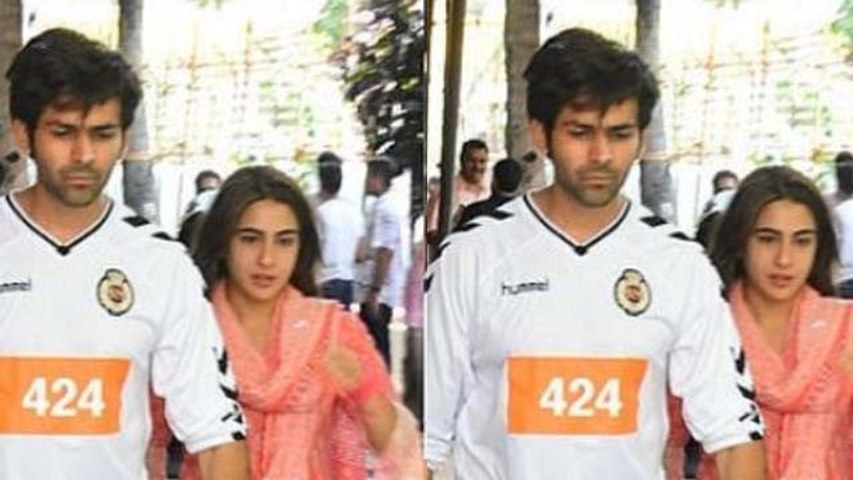 Sara Ali Khan left many boys heartbroken, when she made a confession on Koffee With Karan that she has a huge crush on Kartik Aaryan, who rose to fame after doing films like Pyar Ka Punchnama and Sonu Ke Titu Ki Sweety. Months later, Ranveer Singh took the opportunity to introduce Sara to Kartik at an award function and left everyone drooling over the pair! What happened next? The duo was already roped in together for Imtiaz Ali's next and soon the buzz-mills started churning out the rumours of their alleged affair.

Sara & Kartik also didn't shy away from flaunting their affection for each other. From picking each other at the airport to hanging out with each other's families, they did everything that is mostly done by the couples.

A source close to the couple tells an entertainment portal that Kartik is not happy to be touted as only Sara Ali Khan's boyfriend and he wants to be in the limelight for his work. After all, he has been riding high on the success of back to back two films and his major concern is to maintain the 'star' image that he has created after delivering two blockbusters!

"We hear Aryan has been telling photographers not to shoot the two together, as he wants to be known as more than just SAK's boyfriend. The couple has decided to let their work speak to keep them in the news, and not just their romance," tells a source to Mumbai Mirror.

What Do You Think Of Their Decision?

This is indeed heartbreaking for all the fans out there, who used to sail #SarTik. From protecting Sara Ali Khan amidst the crowd to attending her first fashion show with her brother, Ibrahim Ali Khan, Kartik has dropped many hints in the public that Sara is not just a friend to him.

Sara, on the other side, has been with Kartik during his tough time, when his dad was hospitalized and the former chose to accompany her alleged boyfriend to the hospital and made sure to be his pillar of support.

SarTik On The Work Front

On the professional front, Sara and Kartik will be seen together in Imtiaz Ali's next, which is tentatively titled Aaj Kal. Apart from Aaj Kal, Kartik has films like Pati Patni Aur Woh and Bhool Bhulaiya 2 in his kitty whereas, Sara has Coolie No. 1.