Ranbir Kapoor and Alia Bhatt have been in a relationship for a while and their love seems to be growing with every passing day. The couple who have always been quite tight-lipped about their relationship, have now been indulging in some cute PDA. From going out on dinner dates to some cute confessions at award shows, these two are all things love.

Now it looks like Ranbir and Alia are ready to take their relationship to the next step and this video drops a major hint about it. Check out the video here-

Recently, Ranbir and Alia were clicked heading out of an architectural and design consultancy office named Talati and Panthaky associated designers. We wonder if the lovebirds are planning to buy a new house and move in together.

Love Makes You A Better Person

Speaking about her relationship with Ranbir, Alia recently said in an interview, "Love always makes you a better person. It has definitely brought about a positive evolution within me. I am beginning to sense and feel different things, and things that I have not felt before. The attitude that I have towards my life is different now."

Alia On Why She Isn't Vocal About Her Relationship

"My relationship has brought about a beautiful feeling of wonder within me that feels so precious. I feel like I'm walking around, holding on to it closely and carefully. May be, that's why I am not so vocal about it, because I don't want it to become a show."

This Is So Cute!

Alia's latest release Kalank released yesterday and has emerged as the biggest opener of 2019 with Rs 21.60 crores in its kitty. The actress will be next seen in Ayan Mukerji's Brahmastra, Sanjay Leela Bhansali's Inshallah, SS Rajamouli's RRR and Karan Johar's Takht. 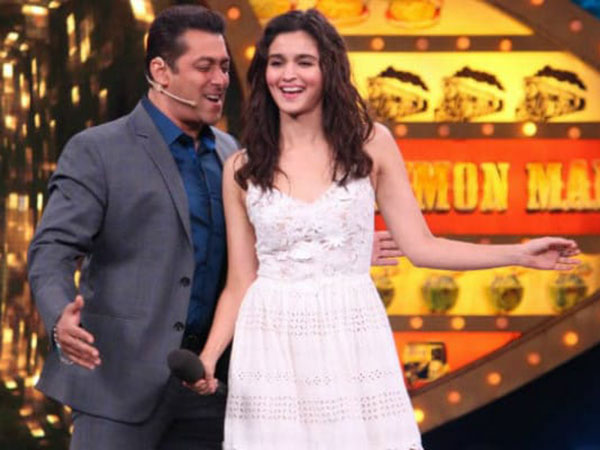 Salman Khan & Alia Bhatt's Role In Inshallah LEAKED? These Inside Details Will Leave You Excited