Ever since Alia Bhatt and Ranbir Kapoor made their affair public, fans have been waiting to see their on-screen chemistry in Ayan Mukerji's much ambitious project, Brahmastra. Off late, rumours suggest things are not well between the Brahmastra duo; hence, they have declined a few projects, which were offered to them, to do together!

However, a source close to the couple reveals the real reason behind why Alia and Ranbir don't want to collaborate much for projects before Brahmastra's release. "Of course, they get offers to work together all the time. But they don't want to become like Dharmendra-Hema Malini, Bipasha-John or Saif-Kareena. These couples were so visible to the public in real life that the audience rejected their efforts to be seen together on screen," reveals the source. 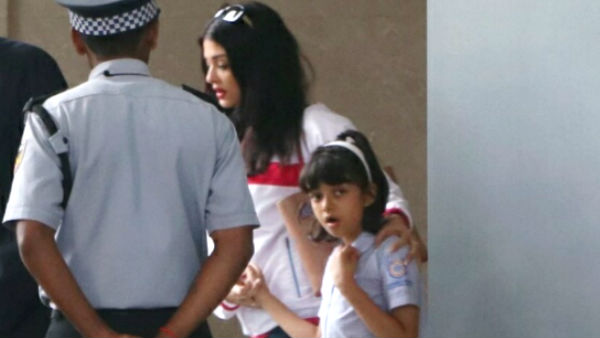 All's NOT WELL Inside The Bachchan Clan? A MYSTERY Around Aishwarya Rai Bachchan's ABSENCE Is Solved

On the work front, apart from Brahmastra, Alia will be seen next in Sadak 2 and Takht. Ranbir, on the other hand, will be seen in Shamshera alongside Sanjay Dutt and Vaani Kapoor. The actor is also in talks with Kabir Singh director, Sandeep Reddy Vanga. However, none of the parties have confirmed their collaboration for any project yet!